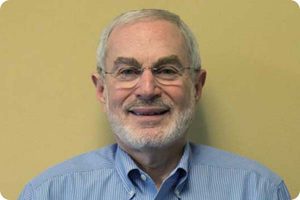 Mark Soler is retiring as executive director of the Center for Children’s Law and Policy (CCLP), a public interest law and policy organization in Washington, DC. However, he will continue to share his 40-plus years of juvenile justice reform expertise with Evident Change, staying on the Board of Directors. Soler has served on the board for four years but, in an interview, said his relationship with Evident Change goes back 40.

Soler became founder and executive director of CCLP when it grew out of the Youth Law Center (YLC) in 2006. He said that his tenure at CCLP was marked by a focus on reducing unnecessary or inappropriate youth incarceration, ensuring safe and humane conditions for youth who are incarcerated, and reducing racial disparities and promoting equity in the juvenile justice system.

Prior to his work with CCLP, Soler was with YLC. He started as a staff attorney, then worked for 14 years as executive director, and later became president. One of YLC’s main tools has been litigation, which they have used to end incarceration of children and youth in adult jails in many jurisdictions. “We promoted the idea that there are lawyers ready to sue you if there is abuse going on,” Soler explained. By filing lawsuits, the organization gained media attention and brought awareness to the poor treatment of youth in the system.

Reflecting on his time working on juvenile justice reform, Soler said that the most important development in the past 40 years has been the research on adolescent brain development and its acceptance by the Supreme Court. “That has established the principle that adolescents are not small adults,” Soler said, “but rather individuals with their own strengths and limitations.”

Soler and his colleagues at CCLP have been focusing on the excessive use of isolation, also known as solitary confinement, which is used in every facility Soler has visited. Soler has helped to create facility assessment instruments, training programs, and new policies on the use of solitary confinement. “It was very effective when I was litigating to take a judge to a facility and have them enter a solitary cell—they would last two minutes before asking to be released,” Soler said. “It was a very effective way to get them to understand what it was like for my clients.”

Soler is looking forward to a true retirement and hopes to travel extensively with his wife, Andi Weisman. We at Evident Change are grateful for his interest in continued service on the board and congratulate him on his retirement.

Mark Soler is retiring as executive director of the Center for Children’s Law and Policy (CCLP), a public interest law and policy organization in Washington, DC. However, he will continue to share his 40-plus years of juvenile justice reform expertise with Evident Change, staying on the Board of Directors. Soler has served on the board…
We use cookies on our website to give you the most relevant experience by remembering your preferences and repeat visits. By clicking “Accept”, you consent to the use of ALL the cookies. However you may visit Cookie Settings to provide a controlled consent.
Cookie settingsACCEPT
Manage consent