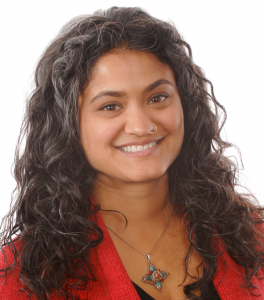 If Dr. King were here today, he would bear witness to the following facts:

There are more African Americans under correctional control than were enslaved in 1850.

Racial disparities exist in every aspect of our juvenile and criminal legal systems.

Racial disparities begin in our school disciplinary processes and lead to school push out, to the school-to-prison pipeline.

If Dr. King were here today, he would bear witness to the following facts:

There are more African Americans under correctional control than were enslaved in 1850.

Racial disparities exist in every aspect of our juvenile and criminal legal systems.

Racial disparities begin in our school disciplinary processes and lead to school push out, to the school-to-prison pipeline.

In light of all this and more, I suspect Dr. King would tell us a few things. He would remind us that “Injustice anywhere is a threat to justice everywhere,” and that we still have much work to do. He would also tell us that he refuses to believe that “the bank of justice is bankrupt,” and that, “we must accept finite disappointment, but never lose infinite hope.”

The practice of restorative justice brings me this kind of hope, because it has the potential to undo the “New Jim Crow” by bringing people together under the most unlikely circumstances to create what Dr. King called “the Beloved Community.”

When the US Supreme Court got it right and desegregated Montgomery’s buses, Dr. King spoke these words: “The end is reconciliation; the end is redemption; the end is the creation of the Beloved Community.” Dr. King didn’t suggest that there would be no harm done in this Beloved Community. Indeed, without wrongdoing there would be no need for reconciliation or redemption. Rather, he expected these matters to be resolved through peaceful methods of conflict resolution and even the opportunity for reconciliation. Restorative justice offers such an opportunity.

Howard Zehr, my mentor, is often called “the grandfather of restorative justice.” Howard has written many books on restorative justice, and his thinking guides my work. A fact many don’t know about Howard, a white man, is that he graduated from Morehouse in 1965. He transferred to Morehouse to learn from his black peers, to humble himself, to absorb the stories that would make him who he is today. During those years, Howard had the honor of meeting Dr. King. These formative experiences, along with Howard’s own incredible moral compass, placed a racial justice lens squarely on Howard’s work.

Howard defines restorative justice as “a process to involve, to the extent possible, all those who have a stake in a specific offense, to collectively identify and address harms, needs, and obligations, in order to heal and put things as right as possible.” Restorative justice focuses on mending broken human relationships, positing that crime is a violation of people and interpersonal relationships, that those violations create obligations, and that the central obligation is to do right by the people you’ve harmed.

To my mind, making this paradigmatic shift can lead us to creating Beloved Community in the wake of harm. To quote Dr. King: “It is this type of spirit and this type of love that can transform opponents into friends.”

I have the incredible honor of seeing this transformation of would be opponents into friends—or at a minimum, into non-opponents—every time I facilitate a restorative community conference. It comes far more naturally than you might expect. But it is because we are wired this way—to be connected, even to those who do us great harm. This is something Dr. King understood deeply, and can been seen in these words:

You can see this principle in action in a restorative process.

Some of you may have read the story in the New York Times Magazine, which described a restorative justice conference I facilitated in a first-degree homicide case in which Conor McBride, a young man in Florida, took the life of his fiancée, Ann Grosmaire. The Grosmaires’ notions of justice involved Conor redeeming himself. They didn’t think that his taking their daughter’s life somehow severed his humanity, and they were willing to grapple with what that interconnectedness between them meant in the wake of this unthinkable harm.

The dialogue took five hours inside Conor’s jail in Tallahassee. As we worked together to fashion Conor’s sentence, Kate Grosmaire, Ann’s mother, looked Conor in the eye and said “Conor, now you have the burden of doing the good works of two people, because Ann would have done wonderful things with her life.” As a condition of Conor’s release, following his 20-year sentence (instead of mandatory life), Conor will volunteer at all the places Ann volunteered before he took her life. And he will speak at high schools across Florida alongside the Grosmaires about taking their daughter’s life.

When Kate suggested all this, she was living Dr. King’s definition of justice, that “Justice is love correcting that which revolts against love.”

So, as we recognize Dr. King’s birthday, I encourage us all to spend the holiday cultivating creative extremism within ourselves and within our Beloved Communities.

If Dr. King were here today, he would bear witness to the following facts: There are more African Americans under correctional control than were enslaved in 1850. Racial disparities exist in every aspect of our juvenile and criminal legal systems. Racial disparities begin in our school disciplinary processes and lead to school push out, to…
We use cookies on our website to give you the most relevant experience by remembering your preferences and repeat visits. By clicking “Accept”, you consent to the use of ALL the cookies. However you may visit Cookie Settings to provide a controlled consent.
Cookie settingsACCEPT
Manage consent