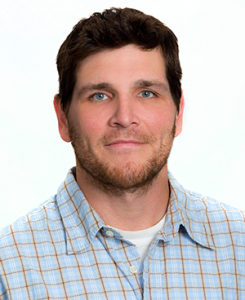 When I was a kid growing up in the Midwest I learned about four oceans: the Atlantic Ocean off the East Coast, the Pacific Ocean out by California, the Arctic Ocean in the frozen North, and the Indian Ocean on the other side of the world. This made sense because it helped orient me on a globe, but it also seemed a little suspicious: Where did one ocean end and another begin?

Years later, my kids are learning about a “world ocean.” They tell me that there is just one body of water. What changed? Physically, nothing, but this message has a different meaning. It seems we are now focusing on the connectedness of the world’s water.

Just as we’ve always been aware that the oceans are connected, we’ve long known in social services that systems have an ecological connection, but advances in technology have made this clearer. As system linkages and data analytics become easier and more affordable, emerging research has demonstrated the connection of these systems (or oceans, if you will). Of course, those who work in these systems have always known that the families they work with are frequently involved in multiple systems, but research is now catching up with practice.

So why are we just now beginning to focus on the ecology, or the interrelated nature, of systems? Because now we have more information, and this information is increasing our awareness of (for example) how and why children move from the child welfare system to the justice system. At NCCD, we use cross-systems research to support the decision-making processes that agencies undertake before they implement programs or intervene with individual families. For example, in 2015 NCCD developed a classification algorithm to estimate which child welfare–involved young people were most likely to enter the juvenile justice system in Los Angeles County. NCCD is part of a strong trend in this direction, as other researchers have been exploring the topic of crossover from other angles.

In another example of cross-systems work, we have learned that we can use data from different systems to conduct feasibility assessments. These assessments focus on “who” questions: Who may or may not be eligible for services? Who benefits most from programming? If resources were unlimited, who could we bring into the program? For example, one recent NCCD feasibility analysis demonstrated that while many youth who start probation were known at some point to the child welfare system (referred or investigated), only a very small group of those youth had ever actually received services from child welfare agencies. This finding provides stakeholders an opportunity to discuss the merits of broader juvenile delinquency prevention activities in communities that appear to have clusters of families that have been investigated by child welfare agencies and that have later been involved in the juvenile probation system.

NCCD is also looking at the potential that cross-systems data may have on the impact of child welfare and juvenile probation programs and on the scaling of those programs. Finding answers to these questions up front, as part of a feasibility assessment, allows agency leadership and administration to make informed decisions before implementing programs. For example, understanding if and when justice-involved youth first had contact with child welfare can provide critical information to system leaders intent on reducing the crossover youth population. Given that both the child welfare and justice systems contain descriptive data for their entire populations of clients served, these metrics were available and did not require additional data collection.

Better access to information is raising awareness of how connected we are. This is a good thing. I don’t need to argue with my kids about how to define the oceans because I understand that we are talking about the same thing. As for child welfare, if our goal is to improve well-being, why do we draw lines around each system, when an ecological approach can tell us much more about the people we serve?

Chris Scharenbroch is associate director of research analytics for NCCD.

When I was a kid growing up in the Midwest I learned about four oceans: the Atlantic Ocean off the East Coast, the Pacific Ocean out by California, the Arctic Ocean in the frozen North, and the Indian Ocean on the other side of the world. This made sense because it helped orient me on…
We use cookies on our website to give you the most relevant experience by remembering your preferences and repeat visits. By clicking “Accept”, you consent to the use of ALL the cookies. However you may visit Cookie Settings to provide a controlled consent.
Cookie settingsACCEPT
Manage consent