Divest From Incarcerating Youth, Reinvest in Our Youth

Divest From Incarcerating Youth, Reinvest in Our Youth 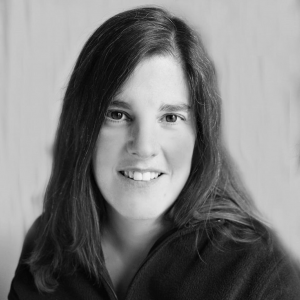 Taxpayers, families, and kids are paying for a juvenile justice system that incarcerates tens of thousands of youth every year in the United States.

We aren’t getting our money’s worth and here’s why:

Taxpayers, families, and kids are paying for a juvenile justice system that incarcerates tens of thousands of youth every year in the United States.

We aren’t getting our money’s worth and here’s why:

States spend an average of $88,000 to place a youth, adjudicated delinquent in the juvenile justice system, into a youth prison or out-of-home placement. The vast majority of states spend $100,000 or more annually to incarcerate a youth according to the Justice Policy Institute’s (JPI) latest report, Sticker Shock. Altogether, state taxpayers are paying more than $5 billion annually to lock up youth in youth prisons and other out-of-home placements. JPI’s report finds that these long-term consequences of incarcerating young people could cost taxpayers $8 billion to $21 billion each year.

This is a very poor return on investment.

According to the Pew Center on the States’ report on youth incarceration, “Research has demonstrated that residential placements generally fail to produce better outcomes than alternative sanctions, cost much more, and can actually increase reoffending for certain youth.”

We’re overusing the most expensive option.

More than two thirds of youth in youth prisons and out-of-home placements, according to the latest US Department of Justice data, are there for offenses such as status offenses such as running away and skipping school, as well as technical violations, public order, drug, and property offenses. These youth do not pose a risk to public safety and could be much more effectively served in the community.

Kids are paying a heavy price.

The Annie E. Casey Foundation’s No Place for Kids states that “America’s juvenile corrections institutions subject confined youth to intolerable levels of violence, abuse, and other forms of maltreatment.” Not a week goes by without a headline in some newspaper citing abuse in a youth prison. Kids are often subjected to physical and sexual abuse, as well as isolation and solitary confinement in youth prisons.

Confinement in a youth prison also puts kids further behind in school. Just Learning, released by the Southern Education Foundation, says that “The data show that both state and local juvenile justice systems are failing profoundly in providing adequate, effective education in the south and the nation.”

Parents are paying too.

In Youth Radio’s powerful series Double Charged, families are paying for the daily cost of incarceration as well as other fines and fees. Every state allows or requires parents to be charged for the cost of their children’s incarceration. Parents are assessed incarceration fees for their children even if the facility is poorly run, with abysmal conditions and substandard education.

For example, last year’s investigation into the privatization of Florida’s youth prisons, Prisons for Profit, illustrates the egregious conditions children are placed in. Yet Florida law requires parents to pay fees for their children’s incarceration even for places such as Thompson Academy, which is highlighted in the investigation for its inhumane conditions.

Disparities persist and are actually getting worse.

These racial and ethnic disparities are actually increasing. Stakeholder Views on the Movement to Reduce Youth Incarceration by the National Council on Crime and Delinquency states that, “While the total number of incarcerated youth has declined in many states, the proportion of youth of color among all youth reentering court dispositions grew substantially between 2002 and 2012.”

There is a way forward out of this mess.

States such as Texas, California, Illinois, New York, and Ohio have placed limits on who can be incarcerated, invested in community-based alternatives, created financial incentives to invest in alternatives instead of incarceration, and closed youth prisons.

More states need to proactively undertake these kinds of reforms. Congress, the Obama Administration, and the US Department of Justice could help too.

The Administration has proposed $30 million in a new grant program, Smart on Juvenile Justice, to assist states in continuing to reduce youth incarceration and redirect funds to community-based alternatives to incarceration.

Congress should appropriate these crucial funds to help states divest from incarcerating youth, and reinvest in our youth.

The US Department of Justice’s Office of Juvenile Justice & Delinquency Prevention (OJJDP) shouldn’t wait for Congress to appropriate funds. OJJDP should use some of its discretionary monies and get this effort going immediately.

There’s no time to waste. Our kids’ futures are at stake.

Liz Ryan directs a new effort, the Youth First! Initiative, to end the incarceration of youth in youth prisons and invest in community-based alternatives to incarceration. Follow Liz on her blog, Youth Justice Wire, or on Twitter @LizRyanYJ.