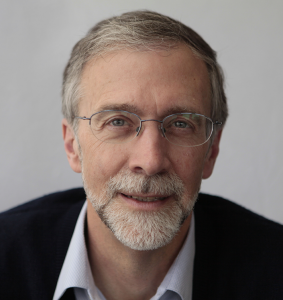 In the decades that I have been involved in child advocacy work—as an attorney guardian ad litem, as a child welfare consultant, and as CEO of the National CASA Association since 1994, the face of child welfare has changed dramatically. Juvenile courtroom practices have—and will continue—to evolve alongside.

In the decades that I have been involved in child advocacy work—as an attorney guardian ad litem, as a child welfare consultant, and as CEO of the National CASA Association since 1994, the face of child welfare has changed dramatically. Juvenile courtroom practices have—and will continue—to evolve alongside.

Two significant developments were a result of federal legislation. In 1980, Congress passed the Adoption Assistance and Child Welfare Act, which forced states to focus on preventive and family reunification programs. In further legislation, the Adoption and Safe Families Act of 1997 provided a strict timeline to ensure children would not languish in out-of-home care. (Read a summary history of permanency efforts in US child welfare at the Child Welfare Information Gateway.)

From my perspective, one of the most positive developments in the realm of child advocacy was the creation of the court-appointed special advocate (CASA) model by Seattle, Washington, Judge David Soukup in 1977. As he often describes, Judge Soukup was motivated to bring trained citizen volunteers into his courtroom by the need for a good night’s rest. Without anyone in his courtroom whose sole focus was to speak for the child, Judge Soukup had spent too many nights worrying about the life-altering decisions he made in juvenile court. The answer to his concerns came in the form of trained citizens—CASA volunteers.

The CASA model spread quickly as judges and communities around the nation learned from the Seattle program. Today, there are 933 CASA and guardian ad litem programs and 77,000 CASA volunteers nationwide standing up for abused and neglected children.

CASA volunteers are one of several players in the courtroom who empower the court as a problem-solving entity. Child welfare agencies provide required oversight of the children brought into the state’s care; doctors, teachers, psychiatrists, and others provide critical observations of the children’s condition. It is the job of CASA volunteers to ensure that all voices are heard in the courtroom, both those of the professionals and of the child. By doing so, they become the critical third leg of the stool, furnishing the context that enables the court to accomplish its ultimate goal of providing safety and permanency for children. (See Judicial Survey: Evaluation of Court Appointed Special Advocates/Guardians ad Litem Volunteer Impact.)

While our systems have evolved, the landscape in which we work has shifted. One of the most dramatic changes—to which courts and CASA volunteers have been forced to respond—has been the explosion in the percentage of children entering the system as a result of drug-affected parents. Figures range widely, with estimates suggesting that 50% to 80% of child welfare cases involve drug or alcohol abuse. CASA volunteers now receive far more training and continuing education on topics of drug abuse, addiction, and treatment. Courts have also evolved, with innovative drug court programs springing up across the country.

The family drug court (or family treatment court) model is a good example of the power of the partnership between CASA volunteers, child welfare agencies, and professionals to enable the courts to achieve their mandate.

Family treatment courts have been tremendously successful in helping substance-abusing parents reach recovery so that their children can safely remain in their care. Hundreds of these courts have sprouted in recent years to address the substance-abuse issues that destroy many families. In the family treatment court model, the parents maintain regular contact with their children, a key incentive for the parent’s commitment to recovery. The children are also closely observed as they receive the education, therapy, and mental health services they require.

CASA volunteers often join a multidisciplinary family treatment court team that monitors and oversees the progress of substance-abusing parents. At the same time, the volunteers’ primary role remains intact: to advance the best interests of children. CASA volunteers are an integral part of this team, because they spend more time with the child than anybody and know firsthand what the child is experiencing.

According to early indications, these programs work. A large-scale study funded by the US Department of Health and Human Services showed that family treatment courts are more successful than traditional dependency courts in helping substance-abusing parents complete treatment and reunify with their children. Several other regional studies also indicate successes or promising early results.

“These courts are absolutely a breakthrough” for effectively treating substance-abusing parents, said Meghan Wheeler, project director of the National Drug Court Institute. “The courts not only support parents in their substance-abuse recovery but also comprehensively address barriers to providing a safe, nurturing home for their children, who also get the services they need.” (Read more about family treatment courts.)

Juvenile and family courts make some of the most momentous decisions of any court in the country—decisions that affect the well-being of hundreds of thousands of children, for generations to come.

Find more information about the CASA-court relationship in The Judges’ Page, an online newsletter published by the National CASA Association and National Council of Juvenile and Family Court Judges.

Michael Piraino has been active in domestic and international child advocacy since 1977, primarily in the areas of child poverty, maltreatment and foster care. He holds a law degree from Cornell Law School and a master’s from Oxford University. While practicing law, he served as a pro bono guardian ad litem for children in foster care and as pro bono counsel for children in juvenile delinquency cases. He has taught law and served as an associate research scientist at the National Center for Children in Poverty at Columbia University.

In the decades that I have been involved in child advocacy work—as an attorney guardian ad litem, as a child welfare consultant, and as CEO of the National CASA Association since 1994, the face of child welfare has changed dramatically. Juvenile courtroom practices have—and will continue—to evolve alongside. In the decades that I have been…
We use cookies on our website to give you the most relevant experience by remembering your preferences and repeat visits. By clicking “Accept”, you consent to the use of ALL the cookies. However you may visit Cookie Settings to provide a controlled consent.
Cookie settingsACCEPT
Manage consent