Deincarceration: Celebrate the Successes, But Keep on Working

Deincarceration: Celebrate the Successes, But Keep on Working 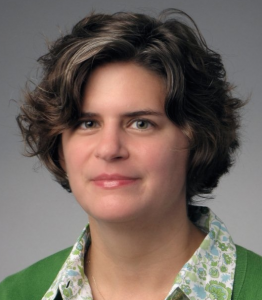 At a meeting last December between juvenile justice researchers and advocates, one of the coordinators posed an unsettling question that is beginning to percolate in Texas and nationally: What is the biggest threat to the most recent wave of juvenile justice reforms, which has included substantial progress toward deincarceration and community-based alternatives?

At a meeting last December between juvenile justice researchers and advocates, one of the coordinators posed an unsettling question that is beginning to percolate in Texas and nationally: What is the biggest threat to the most recent wave of juvenile justice reforms, which has included substantial progress toward deincarceration and community-based alternatives?

In Texas, stakeholders are beginning to think about this question from a slightly different perspective. Rather than proactively setting the reform agenda, many of us have instead been running hard just to keep up with the fast pace of breaking news, leadership change, and transformative legislation. As things begin to stabilize and the dust settles, the question we are asking is this: What comes next?

The answer to that question is closely related to the one posed at December’s meeting. What comes next—what must come next for all of the states that have been part of the recent reforms—is the critical piece of ensuring that adequate community-based alternatives have been put into place and that they are appropriately addressing the needs of the diverted youth. The biggest threat to the deincarceration movement is the failure of the alternatives we have all supported.

In Texas, we know all too well what happens when sound policies are poorly executed. In 2009, just two years into Texas’ movement away from reliance on our state secure facilities, a little-known Texas Youth Commission (TYC) mechanism was used to release Byron, a youth with serious mental health issues. There was no question that TYC was not the place for this 17-year-old who had suffered from serious mental illness since early childhood. The bigger question, unasked until it was tragically too late, was how a child with such significant mental health issues ended up in TYC in the first place.

Just months after his release, Byron stabbed and killed the special education teacher at his high school. A close look at the care he received following his release showed gaping holes in a system that sent him home with 30 days’ worth of meds and no supervision or meaningful assurances of follow-up mental health treatment. Sound policy—the release of a youth who is so mentally ill that a secure juvenile facility is inappropriate—met with poor implementation resulted in tragedy for both Byron and the community.

What happened in Byron’s case is certainly not indicative of the overall experience post-reform. Our arrest and referral rates continue to decline, and we have not had other tragedies like this one.

However, his case is a reminder of the critical question that those states in the reform movement must now answer: Have we put into place the continuum of care that must exist in order to successfully serve youth in their communities? Success cannot simply be measured by a reduction in our confinement census (though as a strong supporter of deincarceration, I do still see this as a success worthy of praise).

If we are not pleased with what we see when we look at the level of services created at the community level, the next question must be why the reforms have not produced the level of community-based support that is needed. It would be tempting to simply blame any failures we find on inadequate funding following the child—though that may be the culprit in some states.

In Texas, shifting money out of facilities allowed us to increase the state’s per capita funding for youth on probation by more than 100%, but complex barriers remain. Creating community-based alternatives in cities like Houston or Dallas presents enough of a challenge; finding the treatment professionals and technical expertise to create similar programs in rural areas has proven far more difficult.

Additionally, in a state where counties still provide the bulk of funding and are entrenched in a political culture that prides itself on decentralized government, creating meaningful statewide performance standards for new programming is a constant battle—not to mention ensuring that our state agency has the resources, expertise, and data it needs to meaningfully evaluate the quality of the programming funded with state diversion dollars. While we all understand that quality of implementation is critical to evidence-based programming, very little work has been done to examine the quality of the programs put into place in Texas since the 2007 reforms began.

This is not to say, by any stretch of the imagination, that Texas’ progress is not significant. It is, and it should be celebrated, along with the successes of the other states that have taken a similar path. But our work has just begun.

Deborah Fowler is deputy director of Texas Appleseed, a social justice organization. She assists in overseeing Appleseed’s legal and policy team, coordinating juvenile justice efforts, the school-to-prison pipeline, and other Texas Appleseed project areas. She is a nationally recognized expert in school discipline and juvenile justice issues and has authored three major reports on the school-to-prison pipeline in Texas. She also authored the first of its kind handbook for attorneys representing defendants with intellectual disabilities in the criminal justice system. She received the 2011 Excellence in Public Interest Award for her contributions to public interest law and the 2011 Ma’at Justice Award from the Women and the Law Section, State Bar of Texas.

At a meeting last December between juvenile justice researchers and advocates, one of the coordinators posed an unsettling question that is beginning to percolate in Texas and nationally: What is the biggest threat to the most recent wave of juvenile justice reforms, which has included substantial progress toward deincarceration and community-based alternatives? At a meeting…
We use cookies on our website to give you the most relevant experience by remembering your preferences and repeat visits. By clicking “Accept”, you consent to the use of ALL the cookies. However you may visit Cookie Settings to provide a controlled consent.
Cookie settingsACCEPT
Manage consent