Could Pay for Success Financing Improve Trust in Government?

Could Pay for Success Financing Improve Trust in Government? 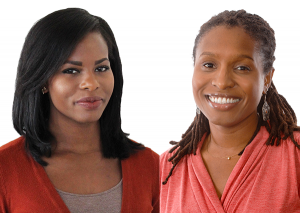 According to a Pew Research Center survey, only 19% of Americans (about one in five) said they trust the government in Washington “always or most of the time.”1 Three out of four (74%) say that public officials put their own interests ahead of the nation’s. And a majority (55%) say that ordinary Americans would “do a better job of solving problems” than the people whose job it is to do so. Whether we should or should not trust the government is debatable; however, what is obvious is that too many people feel the government is not working on their behalf.

With this in mind, governments across the country—whether local or state—often are explicitly working toward building trust and relationships with communities, as this is a direct indicator of their ability to effectively govern. As such, one consistent conversation across multiple jurisdictions is how the jurisdiction can use local taxpayer dollars most effectively and efficiently.

A lot of tax dollars are spent on programs aimed at improving outcomes like poverty, homelessness, incarceration, unemployment, and community violence; and yet, many communities continue to see only small, incremental changes. Of the many reasons that communities may experience social improvements that are less than satisfactory, one could be that many government social service programs are not evidence-based and have not been able to make the widespread, systemic changes that are necessary in order to make a true impact on vulnerable communities.

Many social service providers, including nonprofits, have created innovative intervention and prevention programs that have been successful in addressing many of the aforementioned social ills. However, these programs are often small in scale and would be prohibitively expensive to implement more broadly.

Cue the Pay for Success model.

Pay for Success (PFS) is an innovative funding model that drives government resources toward these smaller but more effective social programs. PFS is a mechanism for providing promising programs (or those that have already demonstrated impact) with up-front resources to expand and scale up their services. The model uses private funding to cover these up-front programmatic costs. The government entity pays the private investor back only if the outcomes agreed upon with the social service agency are achieved. This structure allows the government to partner with and leverage the resources of philanthropic and other investors to help push evidence-based programming and invest in what works.

PFS relies on the partnerships forged between social service agencies and investors (both philanthropic and private-sector) to create incentives for service providers to deliver better outcomes at lower cost, which will produce the highest return on taxpayer investment. PFS is a simple concept: pay service providers after they have demonstrated success, not based on the possibility of success.

If PFS is implemented well, taxpayer dollars will go toward programming that has been proven to work. The PFS model is useful when evidence-based programs use it to access the resources necessary to scale up, which will afford them the potential to benefit many more people, and hopefully make a real impact on the communities that need them most. Thus, community members will be able to see their tax dollars actually working toward bettering their communities and improving the lives of the most vulnerable.

PFS will not eradicate all the social ills that communities face; however, the PFS model does offer a unique and effective financing alternative that uses public dollars on programs that work. Again, trust in government is a concept that differs with each individual and across communities; however, if a government body is able to show its citizens that it is using public dollars to really change their community in a positive way, community members may begin to have more trust in that government with respect to how their money is being spent.

According to a Pew Research Center survey, only 19% of Americans (about one in five) said they trust the government in Washington “always or most of the time.”1 Three out of four (74%) say that public officials put their own interests ahead of the nation’s. And a majority (55%) say that ordinary Americans would “do a better job of solving problems” than the people whose job it is…
We use cookies on our website to give you the most relevant experience by remembering your preferences and repeat visits. By clicking “Accept”, you consent to the use of ALL the cookies. However you may visit Cookie Settings to provide a controlled consent.
Cookie settingsACCEPT
Manage consent