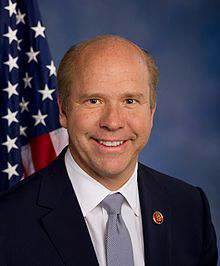 As the 114th Congress convenes for the first time this week, a bipartisan coalition of Members in the House and Senate is gathering behind an emerging policy tool for delivering social services: Social Impact Bonds.

As the 114th Congress convenes for the first time this week, a bipartisan coalition of Members in the House and Senate is gathering behind an emerging policy tool for delivering social services: Social Impact Bonds.

Also known as Pay for Success, Social Impact Bonds provide a new strategy for mobilizing federal and private resources to expand data-proven social and public health programs. The model starts by identifying smart social investments that improve outcomes for under-resourced communities while achieving government savings. That could mean reducing rates of recidivism, preventing crossover from the child welfare system into the juvenile justice system, reducing the rate of asthma hospitalizations among children, improving academic preparedness through early education or any number of other important outcomes. If the intervention achieves an agreed-upon outcome, then the private investors who provide the initial capital are paid back their initial investment plus a small return out of government savings. If the outcome is not achieved, then investors, rather than taxpayers, are left to pay for the cost of the initiative. This allows the government to pay for success, not failure.

Last year, I worked with Representative Todd Young (R-IN) to introduce the Social Impact Bond Act, gathering cosponsors from across the ideological spectrum to support the expansion of Pay for Success. The legislation would allow the federal government to partner with state and local governments on Social Impact Bonds. In the Senate, Senators Bennet (D-CO) and Hatch (R-UT) filed a bipartisan companion bill. With support from the White House and Senator Hatch taking helm as Chairman of the Senate Finance committee, progress on this legislation looks more promising than ever.

When you look at the difference Social Impact Bonds can make for underserved communities, the bipartisan excitement surrounding the Pay for Success model is easy to understand. By improving outcomes, leveraging private investment, and maintaining a results-oriented focus, social impact bonds shift the conversation to investing in what works and measuring our progress in doing so. Those are goals that both parties can get behind, and with bipartisan support in the House and Senate, Social Impact Bond legislation may just give Congress a chance to succeed as well.

Congressman John Delaney is a Democrat representing Maryland’s 6th district and is the only former CEO of a publically traded company in the House of Representatives.