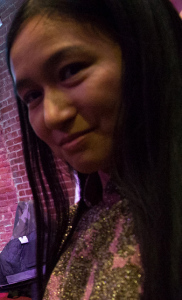 Dolores Canales didn’t set out to become an activist. She simply wanted to know when her son Johnny, imprisoned in California’s Pelican Bay State Prison, was going to eat again.

Dolores Canales didn’t set out to become an activist. She simply wanted to know when her son Johnny, imprisoned in California’s Pelican Bay State Prison, was going to eat again.

Johnny has been in the prison’s Security Housing Unit (or SHU) for over a decade. In the SHU, people spend 23 hours in a windowless 7’ by 11’ cell. Three times a day, trays of food are slid through a slot in the cell door. Once a day, people are cuffed by their hands and ankles and brought to exercise alone in an indoor pen the size of three cells. Johnny and many others have spent years—sometimes even decades—under these conditions with no end in sight.

In 2013, over 30,000 people began refusing meals as part of a statewide prison hunger strike protesting SHU policies. This was not the first time they struck—in 2011, people in the SHU instigated two mass hunger strikes. Each encompassed several prisons and involved thousands of people. But this time, tens of thousands participated.

During the weeks leading up to the strike, I interviewed Canales and Marie Levin, both of whom have family members in the SHU. Neither had ever been involved in any sort of political organizing or advocacy. For Canales, that changed in 2011 when she received a letter from her son stating that he intended to join a hunger strike. Alarmed, she attended her first-ever political forum about prisons and, from there, plunged into the movement against solitary confinement. For years, Levin had found it too painful to be part of her incarcerated brother’s life. Shortly before the 2011 hunger strike, a prisoner rights attorney brought her an audio tape of her brother declaring his decision to stop eating. Moved, she decided not only to reconnect with her sibling, but also become involved in the Prisoner Hunger Strike Solidarity coalition to support his and others’ efforts.

Their experiences stayed with me long after I had submitted my article—and long after the 60-day hunger strike had ended. Their own efforts and organizing—as family members of people in prison; as women of color; and, in the case of Canales, women who have experienced incarceration themselves—received much less attention than the dramatic actions taken by their loved ones. In the flurry of interviews and other reporting during the 2013 strike, they were interviewed about conditions that their menfolk were facing inside the SHU. Very rarely were they asked about their own efforts—and the effects that being part of a growing movement to end solitary confinement had on them as women of color with loved ones in prison. I wanted to draw attention to their actions and chronicle their experiences as they came to political organizing and realized the power of collectively standing together and speaking out.

Reporting on social justice movements often elevates one or two people as the spokespeople for the movement. Less frequently do stories spotlight the ways in which ordinary people, who may have never been involved in any kind of political activism, rise to challenge injustices. Even less frequently are the people spotlighted women of color and/or formerly incarcerated women. The story of Canales—who experienced solitary confinement firsthand and had spent years resigned to her son’s isolation—is one that illustrates just how everyday people come together to fight for change.

Since the story’s publication, Levin’s brother has been transferred to another prison. However, many others remain in Pelican Bay’s SHU while recently vacated beds are quickly filled by new arrivals. But now, because of the hunger strike—and the accompanying media attention—family members of these newcomers are reaching out to connect with Canales, Levin, and other women who have become leaders in the movement to end solitary confinement. In the greater justice realm, there is growing awareness of the behind-the-scenes organizing of women of color, such as the three Black women who started the #BlackLivesMatter movement or women like Erica Garner, whose father Eric Garner was killed by a New York Police Department officer in July 2014.

I wrote this story to draw attention not only to the conditions within California’s SHUs, but also to the little-recognized organizing of these remarkable women who have broken through silence and isolation to form a family movement not only for their own loved ones, but to change the reality for thousands of others.

Victoria Law is a freelance writer and editor. Her story “A Mother Who Just Wanted to Know When Her Son Would Eat” is a 2015 Media for a Just Society Awards finalist. She is the author of Resistance Behind Bars: The Struggles of Incarcerated Women, winner of the 2009 PASS (Prevention for a Safer Society) award, and has written extensively about the intersections of incarceration, gender, and resistance for numerous publications, including The Guardian, The Nation, RH Reality Check, Truthout, and Waging Nonviolence. She is also the mother of a teenager.