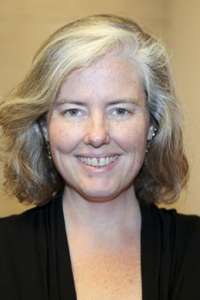 This year, advocates have been celebrating the 10-year anniversary of the Prison Rape Elimination Act (PREA). There is good reason to honor this legislation. The first federal civil law to address sexual abuse behind bars, PREA recognized that the government has a duty to protect inmates from this violence. PREA called for inmate surveys to study the crisis and national standards to stop it. The law has not ended sexual abuse behind bars, but it has given us the knowledge—and the tools—to do just that.

This year, advocates have been celebrating the 10-year anniversary of the Prison Rape Elimination Act (PREA). There is good reason to honor this legislation. The first federal civil law to address sexual abuse behind bars, PREA recognized that the government has a duty to protect inmates from this violence. PREA called for inmate surveys to study the crisis and national standards to stop it. The law has not ended sexual abuse behind bars, but it has given us the knowledge—and the tools—to do just that.

The story of PREA is one of courage and determination on the part of prison rape survivors. One of those people was Tom Cahill, former president of Just Detention International (JDI) and a survivor of a 1968 gang rape in a Texas jail. Tom fought for decades to get the government to take action to ensure the safety and dignity of inmates. Together with a group of fellow survivors, Tom grew JDI into a movement with a national profile and powerful allies. It was an ally in Congress, Virginia Representative Frank Wolf, who—inspired by Tom’s story—introduced PREA and ensured its passage in both chambers. When the bill reached President George W. Bush’s desk, Tom and another survivor, Hope Hernandez, were in the Oval Office to watch him sign it.

Perhaps PREA’s most significant accomplishment is the creation of robust national standards to end sexual abuse in detention. The standards are as strong as they are because of the tireless efforts of survivors, advocates, and corrections allies. The National Prison Rape Elimination Commission (NPREC), a bipartisan body created under PREA to develop the standards, held a series of hearings and actively sought out the expertise of the men and women who had endured abuse in the government’s custody. The commission, which included people who are still working to end sexual abuse in detention through work with the PREA Resource Center and its partners, heard from 17 survivors. They also heard from the mother of Rodney Hulin, who committed suicide at age 16 after being repeatedly raped in a Texas jail. The testimony of these people shaped the commission’s powerful draft standards and contributed significantly to the overall understanding of sexual abuse in detention.

But the story does not end with the release of the NPREC standards. The Department of Justice released its draft standards for public comment in 2011, and survivors, advocates, and corrections officials continued to work together to make sure the final standards would be strong, effective, and useful. As part of a JDI-led coalition, dozens of survivors and hundreds of advocates submitted public comments that pushed for meaningful standards. These efforts clearly made a difference. The final standards—which were released in May 2012 and became binding on all facilities in August 2013—include an independent oversight mechanism, a ban on cross-gender pat downs, and many other provisions to keep people safe.

In the past months, the efforts of advocates and prisoner rape survivors have turned from fighting for the standards to ensuring that they are fully implemented. The crucial role of survivors in this new phase of the work was apparent last week when Joe Booth, a JDI Survivor Council member, came to Los Angeles to shoot a film on staying safe behind bars. The film, which is being supported by the PREA Resource Center, will help facilities nationwide comply with the inmate education provision in the standards. That day on the set, Joe, who survived repeated rapes over a four-day period, talked of every inmate’s right to be safe from sexual abuse. The day before, two corrections officials had stood before the camera and made that very same point. In this way, the project captures how far the movement to stop prisoner rape has come and why it will succeed.

Linda McFarlane, MSW, LCSW, is one of JDI’s deputy executive directors. A licensed social worker, Ms. McFarlane has more than 20 years of experience working with survivors of sexual assault, domestic violence, and child abuse. She leads JDI’s domestic program’s training, technical assistance, and mental health programs. In this role, she trains corrections officials, medical and mental health practitioners, and direct service providers in preventing and responding to sexual violence behind bars. She also works with corrections agencies on implementing programs to make their facilities safer. Before joining JDI in 2005, Ms. McFarlane worked in community rape crisis programs, foster care, and with adults with mental illness. She also worked as a staff member, unit supervisor, and therapist in a detention facility for girls with mental illnesses.

This year, advocates have been celebrating the 10-year anniversary of the Prison Rape Elimination Act (PREA). There is good reason to honor this legislation. The first federal civil law to address sexual abuse behind bars, PREA recognized that the government has a duty to protect inmates from this violence. PREA called for inmate surveys to…
We use cookies on our website to give you the most relevant experience by remembering your preferences and repeat visits. By clicking “Accept”, you consent to the use of ALL the cookies. However you may visit Cookie Settings to provide a controlled consent.
Cookie settingsACCEPT
Manage consent