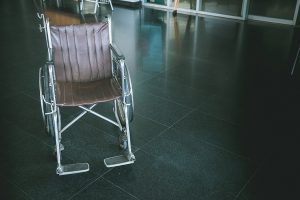 Aric Prather, a research psychologist in the department of psychiatry at the University of California, San Francisco, said in an NPR interview that when people experience early-life toxic stress “it actually changes something about them biologically.” Toxic stress may influence how genes get switched on or off or may initiate some other physiological effects. There is still a lot to learn, but this much is clear, Prather says: “The mind and the body are much more tightly related than we used to believe.”1

JAMA Pediatrics produced the largest nationally representative study to date on Adverse Childhood Experiences (ACEs). That study confirms that although ACEs are universal, there are disparities among socioeconomic groups. People with low incomes and low educational attainment, people of color, and people who identified as LGBTQ had significantly higher chances of experiencing adversity in childhood, with the greatest burden carried by multiracial and bisexual individuals.2

Similarly, ALS researchers are looking for aspects of lifestyle or lived experience that can interact with genes to cause or contribute to ALS. Dr. Gabor Mate, author of When the Body Says No: Exploring the Stress-Disease Connection, said, “The life histories of people with ALS invariably tell of emotional deprivation or loss in childhood. Characterizing the personalities of ALS patients are relentless self-drive, reluctance to acknowledge the need for help, and the denial of pain whether physical or emotional. All these behaviors and psychological coping mechanisms far predate the onset of illness.”3

In one of the first video interviews I did with Caridad I asked about how she received her ALS diagnosis. She explained she was going through the process for bariatric surgery in Seattle to combat obesity and noticed the hand pain she experienced while trying to crochet blankets during the holidays had worsened. She was having a hard time putting on her own bra and getting dressed. Her elbows hurt, and her body cramped if she sat in the same position for short periods of time.

Caridad visited an orthopedic specialist who suggested she had carpal tunnel syndrome or neuropathy due to the nerve damage that can occur from diabetes. “I told him that wasn’t it but he didn’t hear me. I went back a second time and he noticed my hands were very flat and these muscles in my hands were dying. He gave me shots of steroids in hopes it would help.”

Not Trained to Ask

Despite data supporting the toxic stress-disease correlation, doctors rarely ask patients about ACEs to determine if stress hormones are affecting their health. That’s because doctors aren’t trained to ask. “I hadn’t learned about [ACEs] in med school, public health school, or even residency,” stated Nadine Burke Harris, MD, the founder of the Center for Youth Wellness, when writing about the study.4

When I asked Caridad if any of the physicians she saw over the years inquired about her personal history the answer was a definitive “no.”

The steroid shots didn’t help, and Caridad was scheduled to meet a specialist in April 2016. While at work the day of her appointment, Caridad ended up twisting and breaking her ankle. The appointment to meet the specialist had to be postponed. She couldn’t reschedule for nearly four months. And within those four months Caridad’s health deteriorated quickly. She continued to push herself hard. While recuperating from her broken ankle she kept trying to do things for herself. “My hands would lock up and my fingers would cramp up and then I noticed I couldn’t turn my hands over all the way. I still tried to use the computer, play video games, and crochet and probably did more damage than good. I was doing physical therapy for my ankle and I was exercising. And before I had the ALS diagnosis I thought maybe I was just getting fat and old.”

Four months after Caridad broke her ankle she went in to see the specialist for an EMG, a painful and invasive procedure that evaluates and records the electrical activity produced by skeletal muscles. An EMG is used as a diagnostics tool for identifying neuromuscular diseases such as ALS. “Right away the doctor knew what it was,” Caridad said.

In our last video interview, six months after I visited Caridad in Seattle, she sat in a V-neck t-shirt, her chest tattoos partially exposed. Her shoulders slouched more, her eyes drooped, she seemed more fatigued. Her speech was slower and more deliberate. “At this point it’s bad,” she said. “I don’t walk more than three steps, I’m in a wheelchair, my right arm is dying, my neck is really weak, and soon I won’t be able to hold my head up anymore. I get terrible migraines. I’m on so many prescriptions. My doctors are still testing for other diseases because the extreme pain I’m in is not indicative of ALS but I have all the other symptoms of ALS.”

She said her doctor has refused to give up. And she won’t give up either. “Even now, I try to push myself. My breathing is hard, my talking has changed, my arms are thin, my legs are getting thin. I’m wasting away. Doing anything on my own is dangerous and unsafe. All the things I love to do I can’t. I even miss cleaning. It’s frustrating to want to do something yourself or your way and you can’t. It’s hard to give that up, that power. To be 31—about to graduate college and have your life finally be in a good place—and now strangers have to wipe your ass and get you dressed and feed you. It’s just a mess and it’s miserable.”

​ Ryan Berg is an author, activist, and longtime youth worker. This is the fifth piece in a series about a young woman whose name has been changed to protect her privacy. Read the next blog post in the series here. Read more about the series and its author here.

Aric Prather, a research psychologist in the department of psychiatry at the University of California, San Francisco, said in an NPR interview that when people experience early-life toxic stress “it actually changes something about them biologically.” Toxic stress may influence how genes get switched on or off or may initiate some other physiological effects. There…
We use cookies on our website to give you the most relevant experience by remembering your preferences and repeat visits. By clicking “Accept”, you consent to the use of ALL the cookies. However you may visit Cookie Settings to provide a controlled consent.
Cookie settingsACCEPT
Manage consent