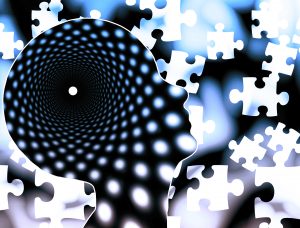 According to the ALS Association, amyotrophic lateral sclerosis (ALS) is a progressive neurodegenerative disease that impedes the ability of the brain to initiate and control muscle movement. With voluntary muscle action progressively affected, patients in the later stages of the disease may become totally paralyzed, eventually leading to death.

Most people who develop ALS are between the ages of 40 and 70, with an average age of 55 at the time of diagnosis. ALS is a mystifying disease. With nearly every diagnosis no clear identifying cause can be determined. The life expectancy averages about two to five years from the time of diagnosis.1 In Caridad’s case, doctors were perplexed and slow to test her for ALS because of her age. In addition, the chronic pain she experienced was uncharacteristic of ALS patients.

By the time she was diagnosed with ALS a few months later, she had lost most of her mobility, her hands were essentially useless, and walking without assistance was impossible. She had to discontinue her education and leave her job; the physical responsibilities of caring for her young daughter fell to Bryce. Because Bryce had to take time off from work so frequently to tend to Caridad and Tate, he was eventually let go. They were without a steady income, lacked consistent resources, and were scrambling to fend for themselves.

“My whole life I’ve had to fight to get basic things that most people take for granted: a safe place to live, food, people who care for me. When I settled in Seattle I was so proud that things were finally coming together. But I never had the chance to enjoy it.” Caridad’s voice breaks and she turns away from me briefly. “I just wanted to enjoy it for a little bit.”

Toxic Stress Lives in the Body

I left Caridad’s apartment, gutted. We agreed we would continue to talk via video chat. In the weeks after seeing Caridad I began thinking about her ALS diagnosis and her complex history. Because of the work I do with youth experiencing homelessness, I knew about the health disparities in disenfranchised young people. For direct service youth workers, it is no secret that system-involved youth are at greater risk of developing mental illness, suicidal ideation, and complex medical conditions. But with recent developments made in neuroscience the assumptions youth workers have long held are being confirmed. Trauma is not something one simply “gets over.” The toxic stress produced by adversity lives in the body, it rewires our DNA, and can affect behavior, choices, and disrupt a child’s developmental trajectory and affect physiology.

The effects of toxic stress on children, the kind Caridad experienced throughout her youth and into adulthood, were virtually unknown until a study linking childhood stress to adult illness began in 1998 with the Kaiser Permanente-CDC Adverse Childhood Experiences Study (ACES). Since then, over 1,500 peer-reviewed studies have replicated their findings.

The research was stunning. Donna Jackson Nakawaza, author of Childhood Disrupted: How Your Biography Becomes Your Biology; and How You Can Heal, described it in her book: “Two-thirds of Americans report experiencing Adverse Childhood Experiences. These include obvious experiences like sexual and physical abuse, but also stressors that many consider to be normal —growing up with divorced parents, living with a depressed or alcoholic parent, having a parent who belittled or humiliated you, or simply not feeling as if your family had your back. People who’d experienced four such categories of childhood adversity were twice as likely to be diagnosed with cancer and depression as adults.”

One statistic was especially startling: Women who had faced three types of childhood adversity had a 60% greater risk of being hospitalized with an autoimmune disease as an adult. Similar links existed between childhood stressors and adult heart disease, diabetes, asthma, obesity, migraines, and irritable bowel disease. Suffering six categories of early life stress shortened one’s lifespan by 20 years.2

Caridad had suffered nine of the 10 categories by the time she entered the group home where I met her at age 19.

Since the initial study was conducted in 1998, there have been years of intervening research that back up and deepen the initial findings. There is now better understanding of how exposure to early adversity affects the developing brains and bodies of children. Toxic stress affects areas like the nucleus accumbens, the pleasure and reward center of the brain that is implicated in substance dependence. It inhibits the prefrontal cortex, which is necessary for impulse control, an executive function, a critical area for learning. And on MRI scans, researchers identified measurable differences in the amygdala, the brain’s fear response center.

There are real neurologic explanations for why folks exposed to high doses of adversity are more likely to engage in high-risk behavior. And that is important to know. But it turns out that even if you don’t engage in any high-risk behavior, you are still more likely to develop a chronic illness. This is related to the hypothalamic-pituitary-adrenal axis, the brain’s and body’s stress response system that governs our fight-or-flight response.3

Researchers at Yale University have shown that adversity in childhood leads to a chronic state of “fight, flight, or freeze.” When inflammatory stress hormones such as cortisol and adrenaline continually flood a child’s body and brain, they alter the genes that oversee our stress reactivity, re-setting the stress response to “high” for life. Research suggests bad things happen when an individual’s body has to gear up for threats too often, constantly washing itself in stress hormones. This increases the risk of inflammation, which manifests later in cancer, heart disease, autoimmune diseases, and other illnesses.4

The field of toxic stress research is not limited to Adverse Childhood Experiences, but has stretched out to investigate the traumatic effects of oppression, namely racism, poverty, homophobia, and transphobia and how historical trauma such as slavery, the holocaust, or the genocide of indigenous people is genetically passed onto the children and grandchildren of survivors. The health disparities for anyone in these oppressed groups is serious. For someone like Caridad, who lives at the intersections of all of these identities, it is life-threatening.

The more I considered Caridad’s story, the more I thought about how her childhood biography could have influenced her biology. I asked her if she would be willing to talk with me about her childhood. She was.

​Ryan Berg is an author, activist, and longtime youth worker. This is the second piece in a series about a young woman whose name has been changed to protect her privacy. Read the next blog post in the series here. Read more about the series and its author here.

2 Nakazawa, D. J. (2016). Childhood disrupted: How your biography becomes your biology; and how you can heal. Atria Books, Reprint Edition.

4 Nakazawa, D. J. (2016). Childhood disrupted: How your biography becomes your biology; and how you can heal. Atria Books, Reprint Edition.

According to the ALS Association, amyotrophic lateral sclerosis (ALS) is a progressive neurodegenerative disease that impedes the ability of the brain to initiate and control muscle movement. With voluntary muscle action progressively affected, patients in the later stages of the disease may become totally paralyzed, eventually leading to death. Most people who develop ALS are…
We use cookies on our website to give you the most relevant experience by remembering your preferences and repeat visits. By clicking “Accept”, you consent to the use of ALL the cookies. However you may visit Cookie Settings to provide a controlled consent.
Cookie settingsACCEPT
Manage consent