Can the Child Return Home?

Can the Child Return Home? 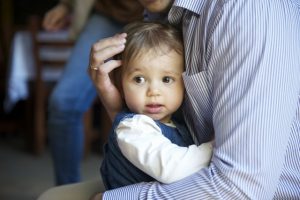 When I think about the reunification process and the ramifications of the decision to return a child to his or her home, I recall a case I had that involved a young girl who was sexually abused by her older brother. The girl, who lived with her mother and brother, disclosed that her brother sexually assaulted her on numerous occasions. Both child protective services and law enforcement were notified.

We were unable to leave the child in the home. The police did not arrest the brother, and he would remain in the home; additionally, the mother questioned the young girl’s story and downplayed the significance of what we believed had happened. I ended up placing the girl at her grandmother’s home, and we filed a petition for court intervention.

The brother was eventually charged and placed in detention. The mother continued to deny that anything occurred and refused to work with child protective services. The girl stayed with her grandmother for an extended period of time. My role ended after taking custody and filing the petition. The case was transferred to another social worker to continue the work with the family.

A few months after all of this occurred, while the girl was still living with her grandmother, she wrote me a letter. In the letter, she stated how unfair it was that she had to leave her home, her mom, her cousins, and her friends because of something her brother did. She wrote that she tried to be happy about staying with her grandmother, but it was hard. She felt that she was being punished for something she had no control over. She wrote that she tried to be good and keep her feelings to herself, but she cried every day and sometimes could not sleep. She also mentioned a friend in her family’s neighborhood who was moving away, and she wanted to see her friend before she moved.

I have kept this letter for years. For me, this letter symbolizes the cost of taking a child into custody. This child was hurt—in part due to my actions as a worker. While this does not change the decision I had to make at the time, it is a cautionary tale about the cost of taking custody and the need to allow a child to return home when it is safe to do so.

I would not change my actions in this case. I truly believe I could not control for safety in this home. However, this placement came at a great cost to this child, and she deserved to return home as soon as it was safe to do so.

Reunifying a child into a home where the child was not safe in the past is an extremely scary proposition. Workers need to have a framework in which to make this decision. There needs to be a universal understanding of what is considered when making this decision. Children should not remain in placements unless there is no way to return them home safely. The decision to continue placements should be monitored and evaluated continuously throughout the life of the case.

Check back next week for a new blog post regarding risk reassessments.

When I think about the reunification process and the ramifications of the decision to return a child to his or her home, I recall a case I had that involved a young girl who was sexually abused by her older brother. The girl, who lived with her mother and brother, disclosed that her brother sexually…
We use cookies on our website to give you the most relevant experience by remembering your preferences and repeat visits. By clicking “Accept”, you consent to the use of ALL the cookies. However you may visit Cookie Settings to provide a controlled consent.
Cookie settingsACCEPT
Manage consent