Building a Juvenile Detention Facility From the Inside Out

Building a Juvenile Detention Facility From the Inside Out 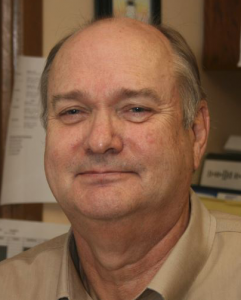 Although juvenile detention facilities around the nation are experiencing unprecedented declines in population and many are closing, the need remains in many jurisdictions to build new facilities or remodel existing facilities to better serve the needs of youth and the community. Such was the case in Dane County, Wisconsin. In 2007, the opportunity came to replace the nearly 40 year old, inadequate juvenile detention center with something new.


Although juvenile detention facilities around the nation are experiencing unprecedented declines in population and many are closing, the need remains in many jurisdictions to build new facilities or remodel existing facilities to better serve the needs of youth and the community. Such was the case in Dane County, Wisconsin. In 2007, the opportunity came to replace the nearly 40 year old, inadequate juvenile detention center with something new. This effort was uniquely challenged by the limitation of constructing a new facility within the existing courthouse building in a landlocked, downtown location. Those limitations were largely overcome by a strong vision about what the facility should be, what design elements were negotiable and which were not, and working with a creative architectural firm that included excellent conceptual and design architects. In the process, I learned these lessons.

Lesson 1: Consider the role detention plays in the juvenile justice system and plan from the inside out, with reentry in mind. What does that mean? It means that for most youth, their stay in detention is a small part of their experience in the juvenile justice system, and everything about the facility and the time youth spend in detention should be planned to support overall system goals. Detention staff often set their sights too low in terms of what they can accomplish, thinking that the short-term nature precludes detention from being helpful in the overall system. Yet for many youth, the most concentrated and prolonged contact they will have with juvenile justice professionals during the entire course of their system involvement will be in detention. We wanted our facility to inform youth that while in detention, they could feel safe and learn skills necessary for reentry into the community. This meant emphasizing space for education, community involvement, a variety of skill-building programs, and prosocial activities. Practitioners need to be able to articulate a mission for juvenile detention that goes beyond the goal of simple confinement.

Lesson 2: Safety and security are critical, but you do not need to sacrifice critical functional and programmatic goals to create a secure facility in which to operate. Safety and security come not only from the physical structure and technology, but more importantly from promoting positive interaction between staff and youth, promoting efficiency and flexibility in how staff are situated to directly supervise youth, and providing physical space for a range of prosocial and skill-building programs.

Lesson 3: Facility design plays a big role in minimizing behavior issues and problems. Simply, environment matters—it sends a message to confined youth about how they are viewed by the system and what is expected of them while in confinement. Things like natural light, quality and flexible space for education, sufficient bed and program space to minimize problems associated with chronic overcrowding, and flexible spaces in which to supervise and work with youth who have behavior problems all work together to prevent problems from occurring and deal with them when they do. Along with well-trained staff and a solid behavioral management plan, we can minimize the trauma youth experience while confined and focus our energy on building their skills.

In an upcoming revision of Desktop Guide to Good Juvenile Detention and Corrections Services to Youth, readers can learn much more about facility design and conditions of confinement, including references to more resources when thinking about building and/or remodeling. In the end, it is up to juvenile justice practitioners to begin with a strong vision about how detention can support juvenile justice system goals and to advocate with policy makers and designers for making that vision come true.

Jim Moeser has worked in juvenile justice for nearly 40 years. He has served in a number of positions with the Dane County Juvenile Court Program in Madison, Wisconsin, including 16 years as the juvenile court administrator, and as the administrator for the State of Wisconsin Division of Juvenile Corrections in 2003. Mr. Moeser has been involved in a wide variety of community and juvenile justice system-related efforts, including overseeing operations for secure and nonsecure residential facilities, gang intervention programs, restitution and victim services, and other system reform efforts. He has provided training and consultation in areas of balanced and restorative justice (BARJ), juvenile detention alternatives, coordinating mental health and juvenile justice services, juvenile offender reentry, and other restorative practices. He has published articles on implementing BARJ principles in detention settings and is co-editor of The Desktop Guide to Juvenile Offender Reentry for Confinement Facilities, published in 2004. He is deputy director of the Wisconsin Council on Children and Families, a multi-issue state advocacy organization.

Although juvenile detention facilities around the nation are experiencing unprecedented declines in population and many are closing, the need remains in many jurisdictions to build new facilities or remodel existing facilities to better serve the needs of youth and the community. Such was the case in Dane County, Wisconsin. In 2007, the opportunity came to…
We use cookies on our website to give you the most relevant experience by remembering your preferences and repeat visits. By clicking “Accept”, you consent to the use of ALL the cookies. However you may visit Cookie Settings to provide a controlled consent.
Cookie settingsACCEPT
Manage consent