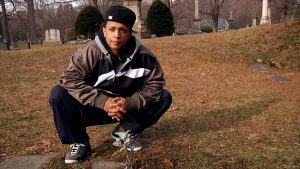 More than any other medium, documentary film has the capacity to open hearts and change minds. We came to realize this through our previous film, The Dhamma Brothers, the story of a group of prisoners inside a maximum-security prison in Alabama who embark on a deep spiritual journey. These heartfelt stories of prisoners in search of inner peace and freedom while locked inside a prison evoke a universal dilemma recognizable by all. The viewer experiences a sense of shared humanity with the men who came to be known as the Dhamma Brothers.

Our new film, produced, directed, and edited with Bestor Cram and Andy Kukura of Northern Light Productions, also portrays a universal theme of compassion and shared humanity amidst great obstacles and barriers. Beyond the Wall tells the stories of a network of returning citizens, all with a history of drug addiction, attempting to reconstruct their lives post-incarceration within their communities.

Through personal stories of reentry, relapse, recovery, and redemption, Beyond the Wall puts a human face on the social, economic, and emotional barriers encountered by returning citizens. With all good intentions and dreams of success, these men carry the burden of childhood trauma, the crushing effects of incarceration, and the gravitational pull of past addictions. In bearing witness to their struggles, we are offered insights and hope for ways prison reentry can be made more successful.

Beyond the Wall is about the healing powers of compassion. The film revolves around one central figure, a former prisoner named Louie Diaz, who works with each returning citizen to help him maintain his sobriety and his freedom. Through compelling and intimate scenes, Beyond the Wall vividly captures the men’s struggles for survival and sobriety.

We witness Louie working the streets, approaching addicts and homeless people with the refrain “I can get you into a detox program.” These are the very streets in which Louie grew up and excelled at stealing cars and selling stolen jewelry. After years of recovery and redemption, we follow Louie as he counsels folks like Rey, Jesus, Diddy, and countless others. His naturalistic approach is a fusion of tough love and compassion.

Louie offers unconditional support and an experiential understanding of the culture of the streets. Because of, not in spite of, his background he is able to operate within the established reentry programs and institutions while also working at the chaotic level of the streets. But we also see the strain it places on Louie, who is often haunted by his past and by his own criminal record.

For four years, our camera was in the streets, capturing moments of hope and also of crisis and pain. Beyond the Wall brings you right there with us. Our camera captured the stories of those who were able to make it as well as those who weren’t. We witness Diddy, full of hope and a wish to “give back” to society after a life of crime, addiction, and violence, succumb to the extreme limitations of his situation. We see Billy the Barber realize his lifelong dream of becoming a barber and opening his own shop. Like Louie, Billy focuses on helping others coming out of prison. Billy’s Barber Shop becomes a hub for reentry, even receiving referrals from local prisons and jails.

Nine million people are released from jail each year, and more than two thirds end up re-incarcerated. Beyond the Wall and its accompanying social impact campaign, “After Incarceration, There’s Life,” aim to change that reality through documenting and widely distributing the stories of those living under our criminal justice policies and programs.

Beyond the Wall’s timely message informs and guides the national dialogue about the epidemic of opioid addiction and mass incarceration. Both returning citizens as well as those of us who share community with them can benefit from the insights and learning contained within these stories.

Jenny Phillips is the producer and director of Beyond the Wall. In addition to making films, she has a psychotherapy practice in Concord, Massachusetts, where she specializes in, among other things, crisis intervention and mindfulness training.

More than any other medium, documentary film has the capacity to open hearts and change minds. We came to realize this through our previous film, The Dhamma Brothers, the story of a group of prisoners inside a maximum-security prison in Alabama who embark on a deep spiritual journey. These heartfelt stories of prisoners in search…
We use cookies on our website to give you the most relevant experience by remembering your preferences and repeat visits. By clicking “Accept”, you consent to the use of ALL the cookies. However you may visit Cookie Settings to provide a controlled consent.
Cookie settingsACCEPT
Manage consent