Beyond the Binary: Expanding Gender Identity Representation in Data Collection

Beyond the Binary: Expanding Gender Identity Representation in Data Collection 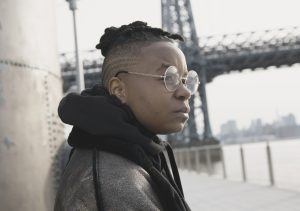 The data we choose to collect are indicative of our values and beliefs.

Over the past few years, I’ve become increasingly curious about the information that is collected on me in various settings: doctor’s office intake forms, paperwork for government identification, job and rental applications, etc. Often there are questions or options that make me wonder about their purpose, but the elusive “gender” question is almost always the one that leaves me feeling most frustrated and baffled.

As an agender individual who often includes their identity within the trans umbrella, I am continuously disappointed by the lack of representation that I and the members of trans and gender non-conforming (TGNC) communities face daily. Without representation in data, it appears that we do not exist, or our identities are not valued enough to be counted. This can perpetuate the exclusion, discriminatory behavior, and gross misunderstanding we witness across our country.

For everyone to have a voice, to have their needs assessed, and to receive access to resources and opportunities, we must be represented accurately and respectfully—and this begins with rethinking the way we collect data along with the questions being asked. At Evident Change, we work with clients who seek to better understand and represent the communities in which they work, and some find it difficult to determine where to start. While each case has its own unique circumstances, starting from the beginning of the data collection process can help to ensure that we are inclusive throughout our approach.

Many intake forms that collect demographic information continue to use antiquated binary options for “gender” (to further understand the difference between sex, gender identity, expression, etc., check out this free resource). When collecting data, it can be helpful to ask ourselves: What is my purpose for asking this question? Is anyone being left out? Is this question even necessary to support my purpose?

When it comes to asking the right questions or providing more inclusive options, it can be difficult to come to a consensus on best practices. The Bureau of Labor Statistics conducted focus groups with 29 transgender individuals to better understand the feasibility of collecting more inclusive gender identity data (the complete paper can be found here).

Being mindful of language choices when designing a survey, intake form, or other data collection tool is extremely important. The focus group participants shared a wide variety of opinions and helped to remind the interviewers of the expansiveness of the term “transgender”: Some trans individuals may describe their gender identity as “opposite of the sex they were assigned at birth,” but transgender also can be an umbrella term for anyone who does not identify with their sex assigned at birth, including agender (having no gender), genderfluid (no fixed gender), non-binary (does not exclusively identify with societal ideas of “male” or “female”), or a wide variety of other identities that are shared within the study.

These groups gave feedback on options for both the wording of questions regarding gender identity and their respective answers. They also shared their comfort levels with the government collecting the data and reasons why including these questions and identities in national surveys is important.

This study shows how complex it can be to create wholly inclusive options regarding gender identity; however, it also emphasizes the importance of representation and working in conjunction with affected populations when it comes to building tools that will collect and distribute their data.

The National Center for Transgender Equality has been conducting research since 2003 to effect policy change that emphasizes equality and inclusion of TGNC individuals. Their 2015 US Transgender Survey collected data on a wide variety of issues that affect the TGNC population, finding some major disparities that impact trans individuals and are often overlooked. A handful of survey results that specifically relate to Evident Change’s research work are listed below.

While this survey shines light on some very important disparities, it only offers a glimpse at the experiences of an overlooked population. Our work at Evident Change is often limited when reporting on TGNC populations due to the lack of available client data, and we are not alone in this challenge. Expanding to wider-scale surveys and data collection is essential.

The TGNC community’s population size within the United States is assumed to be small, but these numbers are still not certain because efforts have not been made to accurately collect inclusive data on a larger scale. Taking the time to build tools that will allow us to better understand the TGNC community can help to show that we are human; we are valued; and we deserve equal access to opportunities, resources, and support.

Jess Abercrombie is a researcher at Evident Change.

The data we choose to collect are indicative of our values and beliefs. Over the past few years, I’ve become increasingly curious about the information that is collected on me in various settings: doctor’s office intake forms, paperwork for government identification, job and rental applications, etc. Often there are questions or options that make me…
We use cookies on our website to give you the most relevant experience by remembering your preferences and repeat visits. By clicking “Accept”, you consent to the use of ALL the cookies. However you may visit Cookie Settings to provide a controlled consent.
Cookie settingsACCEPT
Manage consent