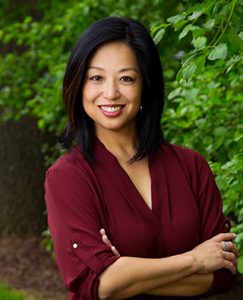 Expanding Wisconsin’s prisons is the wrong way to address the growing prison population. Department of Corrections (DOC) Secretary Jon Litscher is right about the need for relief, but increasing prison space—as he proposed in October—is a shortsighted and costly approach. Fortunately, DOC, our courts, and the Wisconsin legislature have many tools at their disposal to reduce the prison population while protecting the safety and economic health of Wisconsin’s communities.

State lawmakers should start by reviewing who goes to prison. Many of those incarcerated in Wisconsin should not be in prison in the first place because their offenses do not pose a safety risk. Imprisoning these individuals wastes taxpayer dollars and can make people more likely—not less—to commit a more serious crime in the future. In addition, many non-serious, non-sexual, non-violent offenders (for example, those who have committed a property crime) should be made eligible for early release, a step that would quickly reduce prison numbers.

Courts can use structured assessments to ensure that pre-trial detention is limited only to those people who pose a safety risk, not those who simply cannot pay. Dane County is currently piloting a pre-trial risk assessment—other counties could adopt this type of assessment. The post-conviction decision process, particularly the state’s “Truth in Sentencing” laws, should also be reviewed regarding the effects of overly long and restrictive sentences on the prison population.

Providing alternative sentencing options for low-level offenses gets at both cost and space concerns. Many Wisconsin counties use pre-trial diversion programs, which route first-time or nonviolent offenders to treatment or detention alternatives, but these programs are a small proportion of the corrections budget. Increasing funding and expanding capacity for specialty courts for drug and OWI offenses, people experiencing mental health issues, and people involved in domestic violence can hold people accountable and target services in a safe and less expensive way. DOC can also develop other specialty courts based on the needs of the current prison population.

The state must also look for ways to reduce recidivism, or returns to the system. Thousands of people in Wisconsin return to prison each year for violations of probation and parole that often do not represent threats to safety. Better treatment and support services within prisons would help those who do serve time return to and remain in their communities as productive citizens. In the long term, lawmakers can focus efforts and funding on keeping communities strong and increasing access to jobs, education, and other supports for economic mobility.

Instead of traditional prison facilities, DOC can build or repurpose existing buildings in the community to increase capacity for transitional housing and halfway houses, and increase funding and capacity for electronic monitoring, home confinement, and reporting centers. These options relieve the need for prison space and are a great option for some of the correctional system’s elderly population.

Another option for handling Wisconsin’s older prison population—noted specifically by Mr. Litscher as a rapidly growing group—is greater use of the state’s compassionate release law, which eases the release of older individuals who meet certain qualifications. Wisconsin currently releases very few people under compassionate release, even though elderly inmates are significantly more expensive to incarcerate due to healthcare costs and have a much lower recidivism rate than the general prison population.

It’s worth noting that prison privatization may seem like a quick and easy solution, but cautionary tales exist across the country about how costly these “fixes” can be. Private prisons can devastate local economies in towns that sign on with hopes of an influx of new jobs and income. Instead, they find themselves stuck with huge loans and aging facilities that are not needed in the long term.

Finally, we can’t have a conversation about expanding Wisconsin’s prisons without talking about the potential impact on our system’s shameful racial disparities. A 2016 report from the Sentencing Project ranked Wisconsin as the second-worst state for incarceration rate disparities, with 11.5 black prisoners for every one white prisoner in the system. Increasing prison capacity simply multiplies this problem instead of tackling it. The aforementioned solutions to root causes of overcrowding can also help address this deeply entrenched injustice.

Prison reform has been embraced across the political spectrum. Wisconsin has the resources and expertise to investigate and follow through on prison alternatives that benefit everyone in the state. It is difficult to justify building more infrastructure for a system that in many ways is broken.

Kathy Park is CEO of the National Council on Crime and Delinquency.

Expanding Wisconsin’s prisons is the wrong way to address the growing prison population. Department of Corrections (DOC) Secretary Jon Litscher is right about the need for relief, but increasing prison space—as he proposed in October—is a shortsighted and costly approach. Fortunately, DOC, our courts, and the Wisconsin legislature have many tools at their disposal to…
We use cookies on our website to give you the most relevant experience by remembering your preferences and repeat visits. By clicking “Accept”, you consent to the use of ALL the cookies. However you may visit Cookie Settings to provide a controlled consent.
Cookie settingsACCEPT
Manage consent