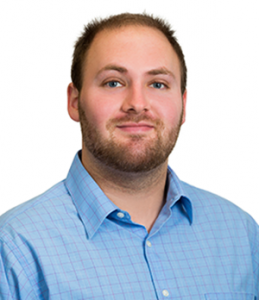 This past February marked President Obama’s last release of a proposed federal budget for the fiscal year. Like each budget before, it contains numerous priorities and provides funding for strategies to support them. Among the many strategies that have been included in President Obama’s eight budget proposals, one little-known strategy has shown encouraging results over his time in the White House, giving us a hint at the future of data-informed decision making.

Using data to inform government agency decision making and improve performance has been a goal for decades. Previous reforms such as the Government Performance and Results Act (GPRA) of 1993 and the Program Assessment Rating Tool, released in 2002, have netted meager results. These reforms were successful in increasing the collection of performance data, but they failed to connect this data collection to increased use of data in agency decision making. The GPRA Modernization Act was created to address this shortcoming, and it has become a fixture in the federal budget since President Obama signed it into law in 2011.

New research cited in the most recent budget proposal suggests that unlike its predecessors, the GPRA Modernization Act has led to an increase in the use of data to identify and solve problems. Researchers found that the improvement resulted from the Act’s focus on engaging agency leaders, clarifying and coordinating goals, and prompting high-quality, data-driven reviews. Although the researchers noted that other agencies may not want to adopt the Act in its entirety, they stated that its central concepts could be considered a “best practice to emulate” (Moynihan & Kroll, 2015).

These best-practice concepts are the exact concepts on which NCCD’s analytics service, SafeMeasures®, was built. Where other data-reporting systems merely collect and display data, our SafeMeasures staff work with human service agencies to foster active engagement with data at all levels of the agency, from senior administrators to social workers. For workers and supervisors, near-real-time caseload management displays give an overview of their performance, allowing them to track their work flow and identify avenues for improvement. For analysts and administrators, numerous reports help track a multitude of processes and outcomes across time, show breakdowns by selected variables such as gender or race, and elicit data patterns that can inform policy and practice.

Every SafeMeasures application is uniquely designed for each agency. We work with agencies to develop and refine key performance indicators, create reports that help workers understand and follow policy, and highlight data issues to ensure high-fidelity data. The end result is a product that is specifically tailored to bridge data collection with the agency-wide usage of that data.

By cultivating high-quality interaction between agencies and their data, SafeMeasures helps agencies use data-informed decision making to improve outcomes for children, families, and communities.

This past February marked President Obama’s last release of a proposed federal budget for the fiscal year. Like each budget before, it contains numerous priorities and provides funding for strategies to support them. Among the many strategies that have been included in President Obama’s eight budget proposals, one little-known strategy has shown encouraging results over…
We use cookies on our website to give you the most relevant experience by remembering your preferences and repeat visits. By clicking “Accept”, you consent to the use of ALL the cookies. However you may visit Cookie Settings to provide a controlled consent.
Cookie settingsACCEPT
Manage consent