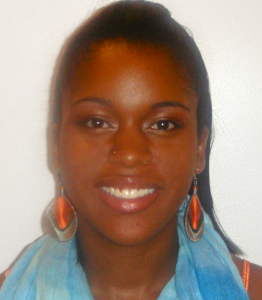 Imagine embarking on a journey carrying an empty bag. As you walk, someone drops a pebble into your knapsack. The stone is so small you fail to notice it. Yet as you walk further, more pebbles are placed into your bag until their accumulation causes it to become discernibly heavier.


Imagine embarking on a journey carrying an empty bag. As you walk, someone drops a pebble into your knapsack. The stone is so small you fail to notice it. Yet as you walk further, more pebbles are placed into your bag until their accumulation causes it to become discernibly heavier.

Such slow accrual of an appreciable weight is analogous to the experience of racial minorities within American society in general and the criminal justice system in particular. Every day, people of color experience racial “microaggressions” materializing as commonplace, daily verbal or behavioral interactions that, whether intentionally or unintentionally, communicate hostile or negative racial insults. The summative impact of such encounters has paved a unique experience for minorities in this country, one threaded with reoccurring trauma, social isolation, and subsequent emotional damage.

The enduring consequences of racial microaggressions and other aspects of the US minority experience recently brought hundreds of practitioners together to discuss ways in which to heal affected communities. On June 19, 2013, the fourth National Conference on Restorative Justice began in Toledo, Ohio. Nearly 300 attendees from 42 states and four countries met to engage in a variety of conversations relating to this year’s theme, “Keepin’ It Real: Race and Restorative Justice.”

The conference, organized by the National Association of Community and Restorative Justice (NACRJ), featured over 70 sessions, plenary talks, circle processes, film screenings, and roundtable discussions. Topics included examining the use of restorative justice for genocide survivors and individuals involved in organized crime; restorative justice for youth and adults serving time; and the relationship between different faiths and restorative processes. sujatha baliga and Nuri Nusrat, presented on the possibilities of using restorative and transformative justice to end child sexual abuse in communities of color.

Interspersed throughout the three-day conference sessions were various breakfast and lunchtime talks by a number of well-known individuals. One such keynote speaker was Angela Davis, famed political activist and scholar, who spoke of the intersectional nature of oppression and the need to abandon our structural notions of “normativity.” Another keynote presenter, Dr. Julius Bailey, a professor of philosophy and well-known lecturer, used colorful analogies to relay his message that, despite inclinations to behave in the contrary, “Your impact should outlast your importance.” Bailey also implored audience members to “find something truly worth dying for, and then live for it.”

Overall, the conference presented an excellent opportunity for individual and inter-organizational networking. In this area of work, where triumphs are often followed closely by upsetting moments of defeat, a national summit can be particularly energizing, allowing people from around the country to connect, share experiences, and exchange news of promising local advancements.

On the last day of the conference, the final session I attended was entitled “Restorative Justice Responds to Jim Crow Justice.” I had long since read Michelle Alexander’s The New Jim Crow and had had countless discussions about its thesis that racialized mass incarceration has institutionalized racism and created a system analogous to the Jim Crow era. Still, I was curious to see how restorative justice practitioners were responding to this hypothesis.

The stated purpose of this circle was to discuss issues pertaining to racialized mass incarceration. In fact, the entire conference was supposed to have a racial focus, but many of the sessions failed to truly discuss issues of systemic racism and the institutions in our country that have been built on racial inequality. As it was the very last session, some of the individuals in the room were visibly agitated that we were still avoiding having the “race conversation.”

As the circle began, one of the presenters, an African-American man, shared his story of growing up in South Central Los Angeles, enduring years of incarceration, and becoming an activist as a member of a prison legal services organization. Shortly after hearing this account, a White man raised his hand, proclaiming to share a similar coming-of-age story. As he spoke, the man changed the focus from race to the socioeconomic disparities within the criminal justice system.

I can only describe what followed as akin to levees breaking. One by one, Black women and men sitting in the circle expressed their frustration through tears and audible anger. What the White man failed to recognize was that, by shifting the focus from race to class, he was merely recreating for many African Americans in the room, a microcosmic episode of what happens on a regular basis in most facets of daily life—whether unintentional or intentional, he committed a micro aggression, as I described earlier. It felt to me as though his attempt to change the subject discounted the very real experiences of those forced to explain to their children why they will be viewed and treated by society as less of a human being simply because of the color of their skin. He was pushing aside the experiences of those forced to watch as the insatiable disease of personal and institutionalized racism systematically rips apart their families and communities. In response to such expressions of pain, some sitting in the circle expressed how ashamed they were by the privilege they enjoy merely as a result of having not been born Black.

The session eventually came to a close and we were asked to go around the circle and say one word to describe how we were feeling. As my turn was quickly approaching, I scrambled to find a word adequate enough to fully express my emotions in that moment. When it was finally my turn, the word that slipped out of my mouth was, “Unsatisfied.”

As a Black female, I shared the pain of the other Black men and women in the room and while I have had similar conversations in the past among fellow African Americans, it was unbelievably powerful to see this discussion unfold in the presence of other racial groups. Still, I felt numb and full of questions. How can we as a social justice movement profess to advocate for the restoration of individual and community pain if we ourselves cannot come to grips with our own responsibility for that pain? How do you drudge past people’s discomfort and related avoidance mechanisms in order to have a genuine conversation about race and its relation to the lived experiences of people living in this country? Can we ever truly unpack the hierarchy-sustaining power inherent in White privilege?

Having left with so many questions, I wish this conference could have begun where it ended. I had spent the past few days sitting primarily in lectures and nodding along to agreeable assertions and carefully organized PowerPoint presentations. There had been some interesting moments, some powerfully phrased statements, and all in all, it had been pleasant. But the pain and frustration that hung in the room during that last session, the unreserved anger that saturated even the brief moments of silence was far from pleasant. It was uncomfortable. It was upsetting. It was real.

Tatiana Chatterji, the facilitator of a session entitled “Dramatic Play to Heal the Wounds of Racial Trauma,” opened her presentation with the following quote:

In the Garden of Indra
Shine a million pearls
Reflecting and caught in a web
Each pearl, by reflecting its neighbor
Reflects the infinity of all the others and their images

Though feeling unfulfilled, I left the conference with a sense of optimism. Despite differences in our lived experiences, we are fully capable as interconnected human beings to pave a brighter, more just future by learning from and fully appreciating one another’s narratives. But in order to do so, we must be willing to listen more than talk, and only offer our own narratives in order to further our collective enlightenment rather than as a way to compete with others’ histories. We must be willing to accept ownership over the pebbles we ourselves have dropped, or have caused to be dropped, into a fellow traveler’s bag. Only then can we begin to lighten the burden of structurally racist social systems and restore harmed communities.

Imagine embarking on a journey carrying an empty bag. As you walk, someone drops a pebble into your knapsack. The stone is so small you fail to notice it. Yet as you walk further, more pebbles are placed into your bag until their accumulation causes it to become discernibly heavier. Imagine embarking on a journey…
We use cookies on our website to give you the most relevant experience by remembering your preferences and repeat visits. By clicking “Accept”, you consent to the use of ALL the cookies. However you may visit Cookie Settings to provide a controlled consent.
Cookie settingsACCEPT
Manage consent