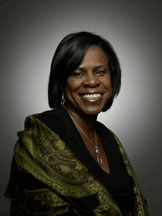 Over the course of my career, there have been events that I thought would shift the conversation and attention around children of incarcerated parents in a meaningful and sustainable way, but the traction was always difficult to sustain for many reasons. The most obvious reasons are negative public perception about incarcerated parents and embedded issues of racism and inequality. Sesame Street and the Muppets, however, have a reputation that uniquely transcends race and racism.


Over the course of my career, there have been events that I thought would shift the conversation and attention around children of incarcerated parents in a meaningful and sustainable way, but the traction was always difficult to sustain for many reasons. The most obvious reasons are negative public perception about incarcerated parents and embedded issues of racism and inequality. Sesame Street and the Muppets, however, have a reputation that uniquely transcends race and racism. Alex, the newest Muppet, who has an incarcerated father, could be any one of our children who needs reassurance and support.

As I became involved with creating the “Little Children, Big Challenges: Incarceration” toolkit, it was clear that Sesame was going to do what, collectively, we as advocates for children of incarcerated parents could not have achieved in our lifetime. At this moment, I am filled with the possibility that we can change the conversations, attitudes, and policies that so often unintentionally harm children. The release of the toolkit and the media coverage that accompanied it has provided a gigantic uphill push that is timely and not easily measurable.

From my first telephone conversation with Jeanette Betancourt, Senior Vice President for Outreach and Educational Practice at Sesame Workshop, I sensed her care as she spoke of Sesame’s interest in the population of children of incarcerated parents. They see their outreach to this population in the context of “building resiliency” in young children.

There was also a tremendous degree of confidence and meticulousness in her approach. As time went by with each and every encounter, Ms. Betancourt, Lynn Chwatsky, Vice President of Outreach Initiatives and Partners at Sesame Workshop and the entire Sesame staff demonstrated a consistent methodology that became clearer and more obvious.

What I appreciated most about working with Sesame is that they valued and relied on the expertise of the advisors for the content and encouraged us stay our lane. Needless to say, there was a healthy tension based on mutual respect. Additionally, focus groups and field testing were completed with others working with children impacted by the incarceration along with parents and caregivers. The Sesame team is a group of talented, dedicated, and caring individuals, who create magical learning experiences for children through the Muppets.

A special part of serving as an advisor on the project was working with the other advisors. Elizabeth Gaynes of the Osborne Association, Ann Adalist-Estrin of the National Resource Center on Children and Families of the Incarcerated at the Family & Corrections Network, and Dr. Kirk Harris are longtime colleagues and wonderful friends of mine. They have influenced my work and leadership in so many positive ways. Dr. Julie Poehlmann, another advisor, is a brilliant and lovely scholar who has influenced the field with her research.

The process of determining the most important things that young children should experience when their parent is in jail or prison was challenging, but ultimately we all agreed on a few central themes that were included throughout the toolkit. The themes are based on qualitative and quantitative research from our collective work and the larger resiliency field. For me personally, the difficulty was imagining just how it would be translated into materials incorporating a new Muppet, Alex, who has an incarcerated father.

Alex was born out of a creative and magical process. One example of the careful consideration taken by the advisors and staff was the scrupulous selection of words and pictures that would describe the experiences of ” most” children, such as choosing whether to use the word “jail” or “prison.” People often use these words interchangeably, but jail and prison differ in the length of stay and types of visitation available. Which word would resonate with our children? Was there a strong advocacy reason to include one versus the other? In the end, the toolkit and “Alex” take into account many variations and complexities that exist to appeal to the broadest group of children experiencing parental incarceration.

When I was little girl I would rush to the television every afternoon to watch Romper Room, a children’s television show, during which the host would hold up a mirror to see all the children that were watching from their homes. She would call out the first names of boys and girls that I recognized, but I never heard my name. After repeatedly being disappointed that there was no one like me, I lost interest in Romper Room and wondered if there was something wrong with me. I think this is what it is like for some of our children with parents in jail and prison, waiting to hear someone affirm their feelings and to belong.

The work with Sesame Workshop over the last two years has been a remarkable experience. The excitement has been building over time and as the products took shape and ultimately became a reality, I wept tears of joy.

Carol F. Burton, LMSW, is the Executive Director of Centerforce and Co-Chair of Alameda County Children of Incarcerated Parents Partnership.

Over the course of my career, there have been events that I thought would shift the conversation and attention around children of incarcerated parents in a meaningful and sustainable way, but the traction was always difficult to sustain for many reasons. The most obvious reasons are negative public perception about incarcerated parents and embedded issues…
We use cookies on our website to give you the most relevant experience by remembering your preferences and repeat visits. By clicking “Accept”, you consent to the use of ALL the cookies. However you may visit Cookie Settings to provide a controlled consent.
Cookie settingsACCEPT
Manage consent