After Orange: Women and Reentry in New Haven

After Orange: Women and Reentry in New Haven 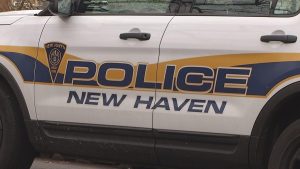 Yet women remain largely hidden from view in public discourse about mass incarceration and reintegration and deprioritized in discussions of reform. This is in part understandable: Men still make up 93% of the incarcerated population in the United States. But ignoring women prevents the public from learning whether their needs are served by the same approaches used to provide resources and support for men. In New Haven, Connecticut, the public supports reentry programs and a strong network of providers, but essentially no resources are targeted toward women returning home from prison. While 60% of men choose a halfway house as their first residence back in New Haven, the city lacks even a single such facility for women.

For my article “After Orange,” published in the Yale Daily News Magazine, I focused on a moment that embodies the way so many women in the carceral system are hidden from the public eye and consciousness during and after their incarceration: the moment they are dropped off in New Haven for their first steps of freedom (if no relatives or friends can pick them up directly at the prison). In the first hour of daylight every morning, a bus brings women to the New Haven police headquarters from the York Correctional Institute 45 minutes away. It takes barely two minutes for everyone to leave the bus and head inside the jail to await court dates—or to head to the sidewalk for their first breaths outside prison walls. There are rarely any witnesses to the process and essentially no comforts for the women being released from prison; there aren’t even chairs in the tiny room inside the jail where some go to make phone calls.

I first met Sharlice on a muggy November morning. Carrying a bag of her belongings, she had no way of contacting her family and no way of knowing what the Department of Correction had told them about her arrival time. She was alone as soon as she left the bus. After she made it back to her family, her reentry was complicated by her caretaking responsibilities. Sharlice had given birth in prison and had been forced to quickly separate from her newborn baby; building that relationship created painful memories of the time they had lost. Through it all, Sharlice did not access any official reentry resources or programming—a reminder that it is easy to slip through the cracks, especially when no services are directed toward helping women in particular.

Although “After Orange” did not change the drop-off process for women returning home to New Haven, the article has been recognized and discussed by the New Haven Women’s Resettlement Working Group. This gives me hope that public officials, social workers, and health workers in New Haven are sincerely dedicated to serving the needs of all formerly incarcerated citizens. As the city continues to strengthen reentry programming, I hope that the Department of Correction will take women’s reentry needs into account instead of expecting women to rely on resources designed for men. I also hope that this energy will be sustained and replicated across the country, even as progress toward criminal justice reform stalls at the national level.

Isabelle Taft is the winner of the 2017 Media for a Just Society Award in the youth media category. She wrote her entry for Professor Fred Strebeigh’s course Nonfiction Writing: Voice and Structure and published it in the Yale Daily News magazine. Since then, she graduated from Yale University and is now working as a copy editor at Viet Nam News in Hanoi, Vietnam, on a Princeton-in-Asia Fellowship.

Since the 1980s, the number of incarcerated Americans has exploded. During that time period, the number of incarcerated women has increased at a rate nearly double that of incarcerated men, making women the fastest-growing population in prison. Yet women remain largely hidden from view in public discourse about mass incarceration and reintegration and deprioritized in…
We use cookies on our website to give you the most relevant experience by remembering your preferences and repeat visits. By clicking “Accept”, you consent to the use of ALL the cookies. However you may visit Cookie Settings to provide a controlled consent.
Cookie settingsACCEPT
Manage consent