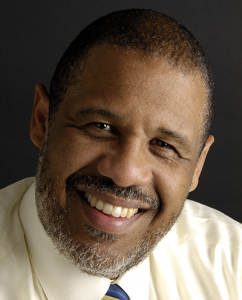 Wow! So it has come to this. The President of the United States has established an initiative that specifically addresses the over-representation of young people of color in school discipline, youth incarceration, and other structural impediments to opportunity. Maybe this level of exposure and attention to the issue of racial and ethnic disparities in the youth justice system will jump-start youth-serving practitioners and federal and state agencies into a sense of urgency regarding this national tragedy.

Wow! So it has come to this. The President of the United States has established an initiative that specifically addresses the over-representation of young people of color in school discipline, youth incarceration, and other structural impediments to opportunity. Maybe this level of exposure and attention to the issue of racial and ethnic disparities in the youth justice system will jump-start youth-serving practitioners and federal and state agencies into a sense of urgency regarding this national tragedy.

It will not be easy. It was a mere decade ago that the social and economic indicators for children in neighborhoods of intense poverty were bleak, and public policy was seemingly bereft of innovative ideas. Policies such as “zero tolerance,” “stop and frisk,” and gang injunctions reflected worn and tired approaches to youthful misbehaviors by pathologizing neighborhoods and criminalizing normal adolescent behavior under the guise of protecting public safety. During this same period of time, income and health disparities grew while graduation rates declined and incarceration rates increased for young people of color.

Meanwhile, advocates, organizers, some forward-looking philanthropists, and others resisted these hostile headwinds with bold analyses of structural racism’s impact on youth justice. Research and scholarship revealed that low-income communities were forced into a set of choices that inevitably led to poor outcomes. With very little leadership coming from federal and state agencies, communities of color understood no one was coming to the rescue. No one! So folks combined their talents and social networks to develop and vet approaches and solutions to structural impediments, forming a counter-narrative that highlighted the inherent values, cultural stability, and vitality of people in neighborhoods of color.

Today, engaging structural drivers into the youth justice system has to be at the heart of reducing racial and ethnic disparities. Our organizational mission at the W. Haywood Burns Institute is to realize a fair and equitable youth justice system. Currently, youth of color make up 43% of the court-aged population; yet they are detained and incarcerated at a rate of over 70%. When we examined the reasons for this over-representation we discovered that it is much more complicated and nuanced than the “do the crime, do the time” axiom so often peddled as the answer for racial and ethnic disparities. Indeed, people from many different vantage points and levels of influence are beginning to point out the intellectual and factual bankruptcy of the “crime/time” argument that has been a sacred cow for so long.

These simplistic solutions will not survive a world wherein the changing demographics require approaches that are smart and effective. The idea that arrest, suspension, or expulsions are effective responses to adolescent behavioral transgressions and that they make our communities safe and healthy is misguided. Yet this is where the battle regarding racial and ethnic disparities must be fought.

It has always amazed me that our multibillion-dollar system of mass incarceration could go so long without accountability for its dismal results without being challenged by politicians or good government folks. Recidivism rates hover near an appalling 50% to 60% depending upon the study, state, and definition. With all the societal changes we have experienced in demographics, family structure, technology, and science, our justice system has not changed much in its philosophy and structure since the days of Charles Dickens. It is truly a bleak house that needs to be rethought and restructured.

Thus, the approach to racial and ethnic disparities must embrace these times and the future by being innovative and challenging youth justice practices. Currently, people of color are the majority in more than a few states, and demographic projections show the country going in that direction. We must cast aside the backward-looking moniker of “disproportionate minority contact/confinement” and embrace the notion of equity for young people of color. We must embrace data and research that make local justice decision makers accountable for true measures of public safety. We need to address racial and ethnic disparities by using metrics geared for success rather than processing misery. These metrics should include improved academic, workforce, and life skills outcomes.

The work to reduce racial and ethnic disparities must be steeped in and guided by notions of child well-being. Our goal is to see well-being as the preferred public safety strategy that administers justice fairly and equitably rather than by geography and skin color. Let’s embrace the new normal and settle for nothing less. Adelante!

James Bell is the founder and executive director of the W. Haywood Burns Institute for Juvenile Justice Fairness and Equity based in Oakland, California. Mr. Bell and his organization are working to reduce racial and ethnic disparities in the youth justice system in more than 100 jurisdictions across the United States by engaging with judges, law enforcement, probation, attorneys, community organizations, youth, and families. A regular blogger for the Huffington Post, Mr. Bell has extensive experience in the international juvenile justice arena.

Wow! So it has come to this. The President of the United States has established an initiative that specifically addresses the over-representation of young people of color in school discipline, youth incarceration, and other structural impediments to opportunity. Maybe this level of exposure and attention to the issue of racial and ethnic disparities in the…
We use cookies on our website to give you the most relevant experience by remembering your preferences and repeat visits. By clicking “Accept”, you consent to the use of ALL the cookies. However you may visit Cookie Settings to provide a controlled consent.
Cookie settingsACCEPT
Manage consent