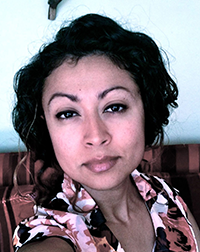 Tracey Quezada is a 2014 Media for a Just Society Awards finalist in the category of film.

Child sexual abuse (CSA) is a vast and deep-rooted problem in our society that impacts families and communities across the social and economic spectrum. One in three girls and one in six boys will be subject to CSA before age 18.

I’m the director of You and Me and the Fruit Trees, a documentary film that explores CSA issues through the eyes of the everyday people who live with the resulting impact of CSA.

The making of this film has been emotionally challenging for everyone involved, including the director. I began filming a year after learning my niece was sexually abused. I witnessed the child welfare system fail my niece and my family. I learned that there is a system failure and that CSA is endemic. I began to question what the high numbers of victims/survivors and offenders of CSA tell us about our societal beliefs. Then I learned about organizations that have created new models that effectively address CSA. As an affected family member, activist, and filmmaker, I set out to produce a film that uses stories to share the broader impact CSA has on society. I wanted to create something that could be accessible without sensationalizing the issue.

We have come a long way since we first began filming—in fact, the film has sparked a campaign. Two weeks ago, we had our kick-off and screened two minutes of the work in progress. The response has been more than I expected. At our kick-off, an 85-year-old woman disclosed her abuse for the first time, a young teenage girl shared her experience, and a mother came out to learn how she could talk to her daughters about CSA. The film has sparked much needed dialogue and a push for change in policies. Most recently, the City of Berkeley signed a proclamation to recognize “End CSA NOW!” as a day of awareness in Berkeley. The City of Berkeley is pushing the day of awareness to be recognized in the State of California.

This has never been done before in history. One might ask why, because CSA has been stigmatized by shame, silence, laws, and our lack of understanding. I studied journalism and documentary filmmaking to use the power of story to share our deepest truths, no matter how painful they are. My passion has always been to share our truths through storytelling unapologetically and create beautiful stories that inspire change within each of us, push us to better understand, and ask the right questions. This film project has proven the impact of powerful storytelling. Through our partners in the San Francisco Bay Area, New York, San Diego, Los Angeles, Ohio, Mississippi, and Kansas, our goal is to spark dialogue and galvanize communities to push for policy change in our current child welfare system and legal system. Join us in the movement to end CSA. The power lies in your participation and voice.

Tracey Quezada has been leading film production teams for more than 10 years. She is an experienced director, producer, and editor who produces powerful and personal stories that bring to light hard-hitting issues with the goal to inform and inspire change. She is currently producing a documentary film that shares stories of CSA survivors, broadens our response beyond the criminal justice system, and shows how society’s inability to effectively address CSA affects not only individuals, but whole communities and society at large. She was recently recognized by the San Francisco International Women’s Film Festival for her achievements in film and media and has been featured in the Ella Baker Center for Human Rights blog, Survivor Manual, DeBug Silicon Valley, Wanda’s Picks, and KPFA Berkeley radio. Other credits include writing for the National Alliance for Media Arts and Culture and Survivor Manual, founded by actress, writer, and activist Angela Shelton. She lives and works in Berkeley, California.