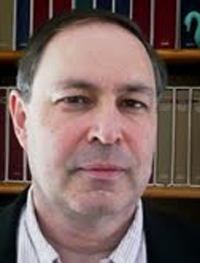 My article “The Old Boys: Will Juvenile Lifers Get a Second Chance?”, the winner of this year’s Media for a Just Society Award in the newspaper category, began the way many of my stories about the criminal justice system do—with a letter from a prisoner, claiming to be unjustly convicted.

My article “The Old Boys: Will Juvenile Lifers Get a Second Chance?”, the winner of this year’s Media for a Just Society Award in the newspaper category, began the way many of my stories about the criminal justice system do—with a letter from a prisoner, claiming to be unjustly convicted.

No journalist accepts at face value claims of innocence from convicted men. Far from it. Often such letters simply become a starting point for stories about prison conditions, solitary confinement, and other issues. But this letter was different. Jeff Johnson, who is serving a sentence of life without parole for a crime committed when he was 17 years old, actually had good reason to hope that his situation might change.

On June 25, 2012, the US Supreme Court issued a long-anticipated ruling in the case of Miller v. Alabama, stating that a mandatory sentence of life without parole for juveniles convicted of homicide violates the constitutional ban on cruel and unusual punishment. Coming after three decades of tough-on-crime legislation that made it easier in many states to prosecute juveniles in adult court for a wide range of crimes, the decision was a dramatic declaration that juveniles are fundamentally different from adult defendants, and that a one-size-fits-all sentencing scheme is unacceptable.

Johnson is one of 51 inmates in the Colorado Department of Corrections serving life for crimes committed as juveniles. The Miller decision suggests that each one of those juvie lifers, as well as hundreds more in the 28 other states that have similar mandatory sentencing schemes, could be entitled to an individual sentence review. Johnson, who’d been dissuaded from testifying in his own defense at his 1995 trial, was eager for such a review. More than anything, he wanted someone to take a fresh look at the facts of his case. But at the time he wrote me, he had no attorney and wasn’t sure how to proceed.

I agreed to look into Johnson’s case. I spoke to his parents and pored over boxes of court records. I interviewed attorneys and victim advocates. I tracked down ex-prisoners who’d known Johnson on the inside and had watched him mature from a terrified adolescent into a well-respected peacemaker. I visited Johnson and inundated him with questions. What I discovered was a textbook example of how juvenile defendants get demonized and lost in the adult criminal justice system. His case is a demonstration of why the Miller decision was long overdue.

Johnson had no juvenile record to speak of. His criminal career began and ended one day in 1994, when a 19-year-old “associate” (whom he’d just met) invited him to go with him to pick up a paycheck. The older youth didn’t like the size of his paycheck and began to rifle cars in a parking garage, looking for items he could convert to cash to pay his rent. The owner of one of those cars, a 55-year-old insurance broker, was robbed of his jewelry and fatally stabbed. Johnson and his companion fled the scene in the victim’s Jaguar and were soon arrested and charged with murder, each blaming the other for the crime.

There’s probably no “typical” juvenile lifer case, but this one had several elements in common with other cases with which I was familiar. Many juvenile lifers have older codefendants who appear to be as culpable, if not more so, in whatever violence is done. Yet those adult codefendants often end up serving less time than the juvenile.

Why? Because juveniles have less experience with the justice system and are more susceptible to peer pressure, so they’re less likely to cut a deal in return for cooperation. (One defense attorney told me she knew of several juvenile lifers who’d been offered much lower sentences if they testified against a codefendant, but they had all refused, out of fear of being labeled a snitch.) Because adult defendants are more savvy, more pragmatic and manipulative. Because once juveniles wind up in adult court, their own youth works against them with juries. So young, yet on trial for murder; ipso facto, presto change-o, the cherubic defendant must be a “baby-faced killer.”

But none of that mattered. Jordan had talked to police first, implicating Johnson, which had helped shape the direction of the subsequent investigation. The prosecutor told the jury that under the state’s felony murder statute both youths were guilty of murder, regardless of who wielded the knife.

Johnson’s attorney persuaded him not to take the stand, so the jury never heard his version of events. “He told me if I was to testify and I got found guilty,” Johnson told me, “I could be labeled a rat and killed in prison.”

The jury found Johnson guilty of murder, aggravated robbery, car theft, and conspiracy. His codefendant didn’t go to trial, pleading guilty to second-degree murder in exchange for a sentence that will make him eligible for parole when he’s 63 years old.

At 35, Johnson has already spent more of his life behind bars than on the street. He will spend the rest of his days in prison unless some miracle intervenes. A website set up by Johnson’s supporters, forgottenjustice.com, features a letter Johnson received, purportedly from his codefendant Jordan. The writer belatedly apologizes “for ruining your life” and claims sole responsibility for the fatal robbery. But jailhouse confessions are inherently suspect, and even one this explicit won’t save Johnson.

Johnson doesn’t yet have a date for a sentence review hearing, but he does have a lawyer now. That’s a start, even if his deliverance will take a miracle. That miracle might take the form of a fair-minded judge, reviewing the cold facts and circumstances of a 20-year-old homicide in the bold light of the Miller decision. And realizing, at the end of the day, that to throw away another life in the name of “getting tough” on juvenile crime is merely to compound a senseless tragedy.

Alan Prendergast is the winner of the Media for a Just Society Award in the newspaper category. He is a staff writer for Westword and the author of The Poison Tree: A True Story of Family Violence and Revenge.

For more on this year’s Media for a Just Society Awards, click here.

My article “The Old Boys: Will Juvenile Lifers Get a Second Chance?”, the winner of this year’s Media for a Just Society Award in the newspaper category, began the way many of my stories about the criminal justice system do—with a letter from a prisoner, claiming to be unjustly convicted. My article “The Old Boys:…
We use cookies on our website to give you the most relevant experience by remembering your preferences and repeat visits. By clicking “Accept”, you consent to the use of ALL the cookies. However you may visit Cookie Settings to provide a controlled consent.
Cookie settingsACCEPT
Manage consent