A Matter of Life and Destiny: How a Paper Turned Into a Purpose

A Matter of Life and Destiny: How a Paper Turned Into a Purpose 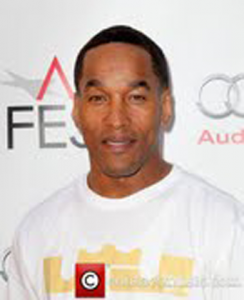 In life when we begin a project, it is usually with one idea in mind, but as we follow through, it often takes a turn and develops a life of its own. Or perhaps, it becomes what it was always purposed to be. If approached from an authentic, pure place, what was put into motion cannot help but to flow naturally and transform into a miracle. Through such obedience, lives can be touched, lives can be changed, lives can be saved, and lives can and will be healed, right before our very eyes.


In life when we begin a project, it is usually with one idea in mind, but as we follow through, it often takes a turn and develops a life of its own. Or perhaps, it becomes what it was always purposed to be. If approached from an authentic, pure place, what was put into motion cannot help but to flow naturally and transform into a miracle. Through such obedience, lives can be touched, lives can be changed, lives can be saved, and lives can and will be healed, right before our very eyes. Thus is the case with Sarah Burns and her introduction to and continued fascination with the historic, life-shattering case of The Central Park Five. The film chronicles the “Central Park Jogger” case, but more or as equally importantly, tells the truth for the first time from the perspectives and long-awaited voices of the five Black and Latino teenagers whose lives were upended by the miscarriage of justice.

In April 1989 when this incident occurred, Sarah was a mere, small, six-year-old wonder. The universe would lay in wait for her to grow into the shoes that only she could fill and walk in. Who could have ordained and aligned such a life path, except that it was divinely set in motion and already meant for this cause to be championed by her? With the great historian and documentarian Ken Burns for a father, such quality, narrative blood was coursing through her veins. By following the lead of such grounded research enthusiasm and commitment to truth telling, what manifested was the well-composed, life-changing, re-telling and real-telling of the story of The Central Park Five.

The storytelling journey initiated and embarked upon by Sarah was one that not only helped share the redemption song and exoneration of the five youth, but for one in particular it was the exact platform and “hook” that further revealed and sealed his truthful ordeal; Korey King Wise. Korey was 16 years old and the eldest of the convicted teenagers, and thus the only one who was sentenced as an adult for the alleged crime. However, Korey’s only crime that night was taking (what he was tricked into believing was) a simple police car ride with his neighborhood friend and comrade Yusef Abdus Salaam. That car ride quickly turned from supporting a friend to harassment, coercion, manipulation, mental and emotional abuse; abuse of power; and Korey being kidnapped, unlawfully arrested, and ultimately wrongfully convicted.

Fast forward—Korey was in the “wrong place at the right time” when he found himself in New York City’s Rikers Island and a host of other facilities during his tenure in the criminal justice system, finally ending up at Auburn Correctional Facility where over 13 years, along the way and unbeknownst to him, he had physical and verbal altercations and encounters with the actual offender in the crime, Matais Reyes.

Korey served the longest of all the young men in maximum-security facilities. While the other teenagers (because of their age) served lesser time at Spofford, a minimum-security juvenile detention facility, and had since been released, Korey was still serving out his sentence, all the while holding onto and maintaining his innocence. During this time he was repeatedly being denied parole by the system, unless he admitted and confessed to the crime he never committed nor was present in Central Park to commit. He, never yielding or folding to any pleas or deals, was committed to his truth and his innocence.

Because of the encounters with the offender, and Korey’s peaceful and righteous disposition to the matter, the offender came forward to authorities, admitting that he alone was the one who committed the crime in question in 1989, not the teenage boys that law enforcement agencies had railroaded into admissions and confessions leading to their unlawful conviction. Because of Korey’s very different experience than the other four boys, this led to him being the key element ultimately leading to his and the others’ full exoneration of all charges. Korey does not consider himself a “Five.” Yet like all who see and hear his story, he is a warrior, a survivor, and “The One!”

It is Sarah Burns’ passion and commitment to journalistic integrity, truth, and justice—along with Korey Wise’s unwavering commitment to self-development, self-empowerment, self-improvement and knowledge of self through hip-hop music, culture, prayer, and meditation—that make Korey almost always refer to Sarah as an “angel.” Korey can be seen smiling while holding Sarah’s hand and raising her arm in victory as they share stages, podiums, and platforms and greet crowds at Q&As and film screenings. He further acknowledges her father, Ken Burns, and the other director of the film, David McMahon, for bringing this and his story to the forefront, all the while noting how a college paper turned into a book, then developed into a documentary film, which led to and revealed divine purpose. All of these came together to display how the human heart, justice, and destiny met; not once, not twice, but over and over and over again.

Korey King Wise currently lives in Harlem and is very active both politically and socially with national and community organizations and programs such as the Innocence Project, Street Squash Program, and Al Sharpton’s National Action Network, which mentors youth. Additionally, he tours the country promoting The Central Park Five documentary and sharing his story; giving lectures and discussions on the lifesaving power of hip-hop, the impact of injustice on families; and rallying support for the ongoing civil lawsuit against the City of New York.

Deborah D. Grison, PhD, is a social action advocate, scholar, and college professor of writing, English composition, and the humanities. She is a published author and blogger for the Congressional Black Caucus Foundation and a contributing writer for the Informer.

In life when we begin a project, it is usually with one idea in mind, but as we follow through, it often takes a turn and develops a life of its own. Or perhaps, it becomes what it was always purposed to be. If approached from an authentic, pure place, what was put into motion…
We use cookies on our website to give you the most relevant experience by remembering your preferences and repeat visits. By clicking “Accept”, you consent to the use of ALL the cookies. However you may visit Cookie Settings to provide a controlled consent.
Cookie settingsACCEPT
Manage consent