A Child Stuck in Our Immigration System

A Child Stuck in Our Immigration System 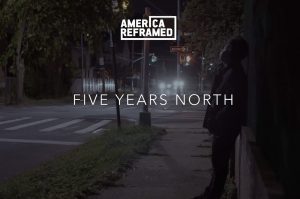 We didn’t set out to make an immigration film. In 2010, while working on a different project, we met 8-year-old Luis, a quirky kid from a Mayan village in Guatemala. We’ve kept in touch with him ever since, watching as this shy child grew into a bubbly and opinionated teenager. Then in late 2017, at just 16 years old, Luis headed north to help his family. After a dangerous journey, he arrived alone, and without papers, in New York City.

We began to make a documentary about his new life, but quickly realized he’d have to reckon with a powerful force: ICE. It took over a year to get filming approval from the agency, but we eventually did. That’s when we met Judy, the supervisor responsible for Luis’ neighborhood. An officer, single mother, and daughter of Cuban immigrants, she was candid, personal, and critical of her agency in ways that we’d never seen on screen before.

Because we had such unique and personal access to our two main participants, we made it our goal to provide a deeply personal look at their lives as complex individuals inside of our inhumane immigration system, rather than aim to provide a broad view of the issue. The film isn’t intended to be a representative take on the experiences of all immigrants or ICE officers.

Judy and Luis challenged us at every turn. Their choices often surprised us, and in the case of Judy, were agonizing to bear witness to. We watched her arrest a father as he walked his daughter to school. And in the devastating aftermath, his grieving family spoke to us about why they didn’t think he should be deported. We learned the father had already paid the fine for his past drug charge, and had been released by a judge five years earlier. Yet, Judy still deported him. She had a binary view of immigrants as “criminals” or “non-criminals,” but that doesn’t hold up in a system that is fundamentally unjust.

The years spent filming with Judy and Luis surfaced important questions we still struggle with: How do we justify our actions when we know they are hurting others? What lengths would we go to for family? What is the human cost of the American Dream? How can we build a more compassionate system rooted in restoration rather than punishment?

Immigration law is often compared to tax law in its complexity. Yet we expect children to be able to navigate it without lawyers, social workers, or mistakes. Luis was lucky enough to be a candidate for a special immigrant juvenile visa but to obtain it was almost impossible. At just 16, he had to attend high school and find money to pay for an immigration lawyer, all while not legally being allowed to work. Luis’ mental health ultimately buckled under the pressure of trying to adjust his status, and he’s just one of thousands. We hope Five Years North deepens the immigration conversation and can support the incredible work of activists and organizations helping those crushed by the system.

Chris Temple and Zach Ingrasci directed Five Years North, a feature-length documentary streaming on America Reframed. The film was a finalist for a 2022 Media for a Just Society Award.

This post is part of a blog series written by Media for a Just Society Award finalists and winners. Check back often to catch the latest.

We didn’t set out to make an immigration film. In 2010, while working on a different project, we met 8-year-old Luis, a quirky kid from a Mayan village in Guatemala. We’ve kept in touch with him ever since, watching as this shy child grew into a bubbly and opinionated teenager. Then in late 2017, at…
We use cookies on our website to give you the most relevant experience by remembering your preferences and repeat visits. By clicking “Accept”, you consent to the use of ALL the cookies. However you may visit Cookie Settings to provide a controlled consent.
Cookie settingsACCEPT
Manage consent