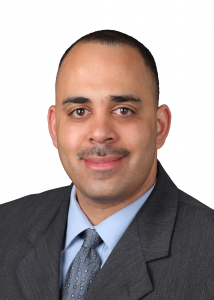 Twenty years ago, President Bill Clinton signed into law the 1994 Violent Crime Control and Law Enforcement Act (the “Crime Bill”), which sparked a massive increase in the rate of incarceration in America. The Crime Bill created much longer prison sentences and provided huge amounts of funding to states for law enforcement and incarceration.

Twenty years ago, President Bill Clinton signed into law the 1994 Violent Crime Control and Law Enforcement Act (the “Crime Bill”), which sparked a massive increase in the rate of incarceration in America. The Crime Bill created much longer prison sentences and provided huge amounts of funding to states for law enforcement and incarceration.

The Crime Bill provided $30.2 billion over six years for crime control and related social programs—the most money ever allotted in a federal crime bill. It created several flawed policies that have resulted in mass incarceration in America, destroying families and entire communities, actually contributing to higher crime and huge financial waste.

The Crime Bill mandated that states enact longer prison sentences in order to receive some of the $9.7 billion earmarked for prison construction. It created a “three strikes” law, replicated by numerous states, that required people convicted of even minor crimes such as theft to be sent to prison for life. The legislation eliminated most education programs in prisons by making inmates and even many parolees ineligible for Pell grants. Sex offender registration requirements were created, even for children. The bill also expanded the use of the death penalty and gave courts wider authority to charge and incarcerate children as adults. There are now 250,000 children each year who are prosecuted, sentenced, or incarcerated as adults in the United States.

Years of research and numerous studies now prove how detrimental these policies have been. Locking up lower-level offenders often makes them worse and does not increase public safety. Longer sentences only cost more money and do not improve outcomes. Education has the largest positive impact on inmates; one recent Rand Corporation study proved that completing education programs inside prison can reduce future recidivism by more than 40%.

Then there are the enormous racial and ethnic disparities that we often hear about but do not seem to care about. Black men are incarcerated at a rate nearly 10 times higher than White men. Even though White and Black people use drugs at approximately equal rates, Black people are 10.1 times more likely to be sent to prison for drug offenses. Today, Black Americans represent 56% of those incarcerated for drug crimes, even though they compose only 13% of the US population.

Ironically, at the end of his presidency (and now through his foundation), President Clinton worked to reverse the errors of his “get tough on crime” administration. On his last day in office, he gave clemency to Kemba Smith, a college student who was given a draconian prison sentence of 24 and a half years for nothing more than being the girlfriend of a drug dealer. The so-called War on Drugs and the laws enacted by the Clinton-era Crime Bill is how Kemba became a victim and then poster child for these failed policies. She was freed by the president after serving six and a half years in prison.

Former President Clinton joins many politicians who acknowledge that they got it wrong 20 years ago. There is even a growing conservative movement, Right on Crime, which is working to reduce incarceration.

Even the nation’s highest-ranking law enforcement official agrees that mass incarceration has been a failed policy for America. Speaking at an American Bar Association conference in 2013, Attorney General Eric Holder said, “Too many Americans go to too many prisons for far too long, and for no truly good law enforcement reason.” He went on to say that “widespread incarceration at the federal, state, and local levels is both ineffective and unsustainable. It imposes a significant economic burden—totaling $80 billion in 2010 alone.”

In recent years, states and the federal government have worked to reverse the flawed polices of the War on Crime and the 1994 Crime Bill. In 2010, Congress passed the Fair Sentencing Act, reducing the crack/powder cocaine sentencing disparity from a 100:1 ratio to 18:1. The act also removed the mandatory minimum five-year sentence for possession of crack cocaine. The attorney general has also instructed federal prosecutors to change the way they file charges in order to reduce the use of mandatory minimum sentences.

Several states have reduced their prison population, including California, which was forced to reduce its number of inmates by decree of the federal court. New York, which disbanded its extremely harsh Rockefeller Drug Laws, has seen steep declines in incarceration and its prison population is at half capacity, while the state has also enjoyed an enormous decline in crime.

Massive incarceration has proven to be ineffective, harmful, and excessively expensive. America is the world’s largest incarcerator, by far. While we have seen this trend begin to change, there is a very long road yet to go.

Incarceration should be used much less often. And for those who are incarcerated, prison officials must provide education and rehabilitation, and not simply warehouse people. Resources diverted from corrections should be reinvested in developing communities, those with concentrated poverty and low-quality education. Rather than throwing away vulnerable populations, we must change our national policies to help them.

Twenty years ago, President Bill Clinton signed into law the 1994 Violent Crime Control and Law Enforcement Act (the “Crime Bill”), which sparked a massive increase in the rate of incarceration in America. The Crime Bill created much longer prison sentences and provided huge amounts of funding to states for law enforcement and incarceration. Twenty…
We use cookies on our website to give you the most relevant experience by remembering your preferences and repeat visits. By clicking “Accept”, you consent to the use of ALL the cookies. However you may visit Cookie Settings to provide a controlled consent.
Cookie settingsACCEPT
Manage consent